The Forgotten Daughter comes out this week! It’s the third book in Caroline Warfield’s Ashmead Heirs series. Caroline was kind enough to answer some questions for us.

You can get your copy of this engaging historical romance HERE! 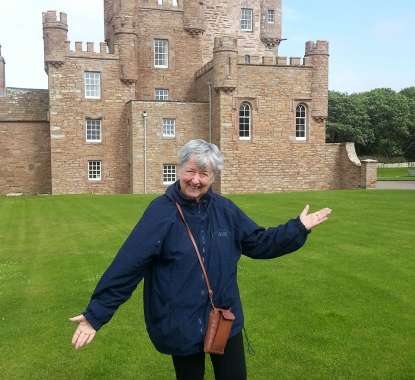 Did you always know you wanted to be an author? What is the first story you remember writing?

I don’t remember consciously thinking I wanted to be an author but by age eight I was scribbling stories, usually fan fiction. Involving the Ponderosa. And the Cartwright boys.

That is an extremely tough question, because I love travel and constantly soak up setting. Istanbul. Venice. Orkney. Singapore. Let me give a pivotal example. Sitting in a café in Rome I asked myself, “Could you put a Regency novel in Rome?” The result was Dangerous Secrets about a shabby down on his luck English major earning a living in Rome while hiding from his mistakes.

History is my great love, even before travel, but I’m a librarian not a reenactor. I’m in a continual process of soaking up information whether it is useful or not. My process in writing is iterative and reactive. Generally, I have a sure foundation when I begin to write, and I usually take a look at events for the years in which the book is set. I don’t chase down every fact I might need before I begin, because I don’t always know at the start what I’m going to need. For The Forgotten Daughter I had to seek out contemporary handbooks for landowners and land stewards to flesh out my hero’s role. I had to keep popping over to learn more about Manchester—the heroine’s home—and the surrounding area as I wrote. It was all new to me and all interesting. Some of it was even useful.

I wish I could claim some profound philosophical attraction, but I began writing Regency novels because I had read so many. Like many readers I was drawn to those books by familiarity, as if they were a sort of printed comfort food. The advantage the era gives a writer is that much of the world building has already been done by those who went before. While not exactly “history,” the fictional world of the Bridgertons and their ilk is a known universe.

I’ve also written books in other times and places that catch my fancy: Victorian Egypt or India, France during the Great War and so on. Sometimes something just catches my fancy.

I need routine. I generally write at my desk overlooking my backyard in the morning. I don’t deviate from that often but I did write one novella on an airplane coming back from New Zealand.

Complicated ones. With flaws. And courage. But always a heavy dose of loyalty and caring. My characters come out of families—not without scars—and struggle to form new alliances/families of their own. I’m not sure what tropes I use. I never start with that.

Always the characters. Even if I have a vague notion about setting or plot device, the story begins with the characters. Until I figure out who they are, the source of their scars, their challenges, their strengths, their needs—I have no story.

I almost always know the story ends before I start. I think finding that ending is actually part of my character work, answer to the question, “where am I taking this person?” There are exceptions. Occasionally—rarely—I’ve written 10-20% before the ending dawns on me. Beginnings are harder. I’ve occasionally had to cut a beginning more than once.

Music means “time to write.” Sometimes I opt for a YouTube relax-and-write mix. Sometimes I choose a moving soundtrack that fits the mood of the book. I listened to Lawrence of Arabia over and over writing The Price of Glory.

How do you handle the distractions of working from home, especially if you’re sharing the space with others?

I am greatly blessed with an office with a door. In fact, my office was once a built-on stone porch that has been incorporated into the house. The door is a solid external door. If it is open, I’m doing housekeeping/promo/marketing/social media etc. If it is closed, I’m writing, and not to be disturbed unless the house is on fire or the aliens have landed.

I read of course!

Currently it is probably Eli Benson, the hero of The Forgotten Daughter, and not just that he’s most recent. I have a soft spot for steady dependable types with enormous reserves of strength, who quietly take care of business. Underestimate them at your peril. However, that shabby major in Rome has a special place in my heart. He messed up big time and paid for it, but in the end he came through.

What do you like to read when you’re not reading in your genre?

I read history anything. Historical mysteries are a favorite, and I am a big fan of CS Harris, Lindsey Davis, Anne Perry, and Ruth Downie. But I al 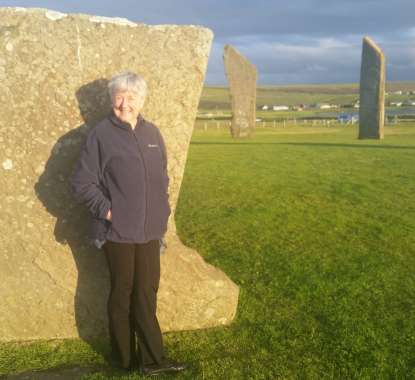 so read biographies, literary historical fiction, historical paranormal, and just plain history. Any era. Any topic. I especially like unexpected points of view that make me rethink what I thought I knew, such as The Island at the Center of the World and The Unredeemed Captive.

Did you have a favorite book or series when you were growing up?

Growing up? Little Women and its many sequels. Tom Sawyer had a remarkable number of sequels. Then I discovered Jane Eyre. I was never one for Nancy Drew or Trixie Belden and that sort of thing.

Get to know Meara Platt a little better in our latest Author Interview!