The Veil Between Worlds is out in a few days! It’s book one in The Ladies of the Labyrinth series. Hope was kind enough to answer some questions for us.

You can get your copy of this exciting historical romance HERE! 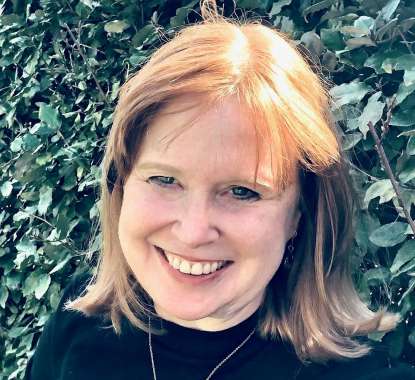 The first story I remember writing was about my dog Grover, and how when an overflowing bathtub created a fun kind of pool for him. My teacher told me she enjoyed it, and I lived for the praise.

In high school, my English teacher, (Hi Mrs. Lang!) told me I was a good writer, and that was all the encouragement I needed. I’d always journaled and kept diaries but was too shy to show anyone my work. Once in college I met a newspaper editor, who said, “If you’re going to be a writer, you need to start submitting some work and risk rejection.” I wrote an op-ed about coming back from my junior year abroad in England, and much to my surprise, it got published. From there, I went into a career first in magazines, where I did not fit into the fashionista world, and then book publishing. I got intimidated by all the fine writers we were rejecting – we only had so much room on our list to publish a few books a year. So, I concentrated on book editing, and put my dreams of writing aside.

When I was going through a divorce is when I got the idea to write a romance book. It was almost as if since I could not be happy in real life, I could live vicariously through the adventures of my characters.

Being a book editor and being a fiction writer (I’ve written lots of nonfiction books as a ghostwriter once I left traditional publishing and set up my own business) are quite different. There are so many technical skills involved in fiction writing, and it takes a lot of time to develop them. One analogy I tell aspiring writers is that it’s like playing the piano – you’re not automatically good at it the first time you sit down at the keyboard. It takes a lot of practice, and so many drafts. And any writer will tell you that their book is not perfect. We’re always learning new “tricks” that we wished we’d known several books ago. 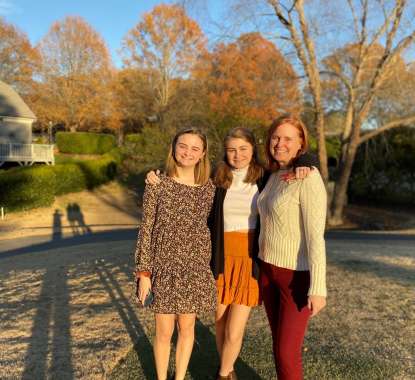 I actually got interested in the Middle Ages in a variety of different ways. One was in high school when my English teacher introduced us to Old English with Beowfulf and its powerful “Hwæt!” beginning, and explaining that all good swear words were Saxon in origin.  Then memorizing the first few lines of Chaucer’s “The Canterbury Tales,”

The drought of March hath perced to the roote.

And bathed every veyne in swich licour

Of which vertu engedred is the flour;

I’ve always been attracted to the whole era of castles, knights in armor, women wearing those pointy hats and beautiful dresses, Prince Caspian from the “The Lion, The Witch, and the Wardrobe” series. Eventually, I ended up getting my master’s degree in Middle English Literature from King’s College London, and soaked up the history and the language.

One of the misconceptions about the Middle Ages is that everyone was dirty. I debated this with my parents last night over dinner, and the research that I’ve done indicates that this is not necessarily true outside the cities. The cities might have stunk from the sewage and animals, but since I’m fascinated by the concept of chivalry that was taught by traveling troubadores, and “courtly love” that was written (The Art of Courtly Love by Andreas Capellanus) and sung about at the time, many people who wanted to make a go of this lifestyle were fastidious about etiquette, used finger bowls at the table, dressing beautifully, grooming, the use of herbs to give living areas such as a great hall a pleasing scent. Yes, bathing was hard because you had to haul up the water, but there were also garderobes built into castle walls for toilets, and the concept of baths leftover from Roman times and engineering I don’t believe were completely abandoned.

The food was actually quite good if you were lucky enough to be invited to the local lord’s manor. A wide variety of spices from the Middle East were brought back during the Crusades, which then created a demand for them.

What was the hardest part of living in the past? Well, since my characters travel accidentally back in time, knowing and learning the language, etiquette, and the laws of the age were difficult. And if you were an unmarried woman, or widowed, you basically had no rights and somebody else could decide your affairs for you. You were used as a political pawn, and that’s part of what my book was about. My main character Ellie had dreams of that world as a student of the era, but no idea what it would be like in real life!

I distinctly remember picking up a Barbara Cartland book from a rental house we had gone to on vacation in Maine, being enticed by the cover of a beautiful woman in regency dress, and I got lost in it. The second book I read by her I grew frustrated – every character she wrote (and I apologize if I’m making a generalization, because I stopped reading them after book #2 or #3, so I could be wrong), couldn’t seem to make a complete sentence without pausing. She spoke… like this… hesitating every few… lines! It was maddening! Sure, she was nervous around a good looking man, but she was way too shy to be remotely interesting.

Now I consider myself shy as well, but also strong, and I wanted my female characters to be smart and stand up for what’s right. They’ve been burned in love before, but they want to be proven wrong that there are no decent men around. So I always make sure my female characters have two men to choose from, because—hey! Fiction!

I am definitely not a morning person! There’s a group on Twitter called #5amWritersClub and I deeply admire them and respect them, but could never ever join them. So I write at night after work, after dinner and a TV show. I usually start at 9 pm, fool around on social media a bit too long, and then dive in. Sometimes I’ll set a timer and am not allowed to stop until I’m done. Sometimes I will write long beyond my timer going off. Sometimes I have to put my phone across the room or in my daughter’s room so I don’t get tempted to pick it up and watch a bunch of stupid TikToks.

I’ve been writing at night for a long time, so my daughters growing up were used to it (one is now graduated from college and living in NY working at her first full-time job, and the other is in college), but I’ve had to be more disciplined since getting the contract from Dragonblade to write two more books in a short period of time. So there are no nights off. I must write 500 words/night at least, and now I’m at the editing stage for Book #3 and I have four weeks left until my due date. Wish me luck!!

Getting to know Elizabeth Johns! A new Dragonblade Publishing interview!