A Springtime Scandal is out tomorrow! It’s book one in Nadine Millard’s A Lord for All Seasons series. Nadine was kind enough to answer some questions for us. 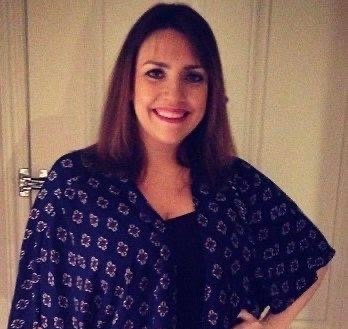 From the time I was a little girl I was an avid reader. My mum talks about how often she found me hiding under the covers with a torch after lights out! And along with that came a love of writing. I was eight years old when I entered my first poetry content and I came second. English was one of my favorite subjects in school. But it wasn’t until my youngest child was around three years old that I finally decided to try and write for a living. In college I’d studied law so it had been a while since I’d done something creative. But one day I just decided to try! And the rest is history. My first book was published in 2014 and I’ve been publishing books ever since!

I’m very lucky to live near a place called Emo House, a regency summer house built by the Earl of Portarlington. I remember walking past the lake one day and a scene of a lady falling in just popped into my head! That scene eventually became my first novel, An Unlikely Duchess. And there are a lot of similarities between Emo Park and the house Rebecca lives in, Ranford Park.

How much research do you do into the time period and places you write about? Do you have any experience dressing in character or participating in living history situations or are you more a fan of libraries and online resources?

I do most of my research in libraries or online but my sisters and I have a really fun tradition where we dress up and have afternoon tea and watch all of our favorite historical romance adaptations! If I could, I’d dress like a regency lady every day of the week. I’m just not sure my teens would be as on board with it – especially when I have to collect them from school!

I have always been a huge fan of period literature. I read Dickens as a child, I absolutely love The Great Gatsby but my favorites are Jane Austen and The Brontes. There is just something so romantic about the genre. The manners, the balls, the gentlemen, the simplicity of life. However, for all that I do know the reality was less than perfect and I certainly wouldn’t have enjoyed the lack of running water!

I’m a sucker for over-the-top love. The more romantic the speeches, the better. I love hen the hero has to grovel! And I LOVE a feisty heroine. I like to think that for all their differences, my female characters have a little sassiness in them.

During lockdown, we built a home office that I just love. I’m still in the process of decorating it with the coziest, girlish décor I can find! My husband works from home sometimes too and he’s less enamored of the sparkles sadly! But I’m sure he’ll get used to it. 😊

It can vary but mostly I would say the plot. Usually I’ll get a picture of just one scene, one idea that pops into my head – and the whole world of the novel, even an entire series stems from that.

I always have an idea of where I want to go and how I want to get there but sometimes during the writing process, something will change or my characters will just fly off in a different direction! Mostly it’s all well planned but I’ve yet to write a book where something hasn’t changed along the way! Fundamentally, my plan for the story and characters stays the same though.

I usually think of very particular songs that suit my characters or their specific arrangement and I’ll listen to them over and over while I write. It means that when I have to take a break from the work, I can come back, listen to those songs, and be write back in the zone of the story. There MUST be coffee and there MUST be snacks!

I’m way more productive in the mornings for sure. I have three children, a dog, a cat, and a husband who works from home a few days a week so the evenings are pretty chaotic! I’ve often had to write in the evenings when deadlines are looming but their definitely more distracting than a quiet, morning house!

Like so many others, lockdowns were a real challenge as we were all underfoot 24/7 and I was trying to be mum/writer/teacher. That was STRESSFUL but we got through it!

By reading. I read so much and I never tire of it. I also love old MGM musicals and will happily watch them all day long. Seven Brides For Seven Brothers is a favorite.

Ooh that’s such a hard question to answer! I think maybe Christian from my new release A Springtime Scandal. He’s faced with a stowaway woman and her very formidable sisters and he handles it all very well! It doesn’t hurt that he’s very handsome, too!

I actually have a rule never to read historical romance when I’m writing it. I don’t ever want to be accidentally influenced! So I read a lot of Sarah J Maas types. Thrillers, highlanders, contemporary romances. Pretty much anything really! And there are always the classics.