The Lady Takes It All is out in a few days! It’s book one in the Unexpected Heirs of Scotland series. Terri was kind enough to answer some questions for us.

You can get your copy of this delightful historical romance using one of these links: Kindle
Kobo
Nook
Apple Books

No, actually I didn’t! At different times in my early years, I wanted to be a nurse, an oceanographer, and a dental hygienist. I began writing poetry and short stories in high school – and still didn’t want to write books! I became a dental hygienist (still am!) and the urge to write hit at 40 – I swear that the creative urge that had produced babies at age 25, 30 and 35 shifted to creating stories – LOL! I hit 40, wrote my first book, sold my second one and here I am 25 years later with 54 romances (novels, novellas, short stories) written!

This is an easy question for me – Scotland!!  I wrote my first historical romances/time travels that were set in Scotland without having visited there. But I dreamed of it for years and now have been there five times – the most recent was just last September.

I would have to say that my 2009 solo 3+-week trip was the most productive when it came to the visit-to-book ratio – I wrote 6 books based on places I’d visited or researched on that trip! My September trip was designed to spend time in Edinburgh and I gathered lots of info on the Regency time period there for my new Dragonblade series – The Unexpected Heirs of Scotland. 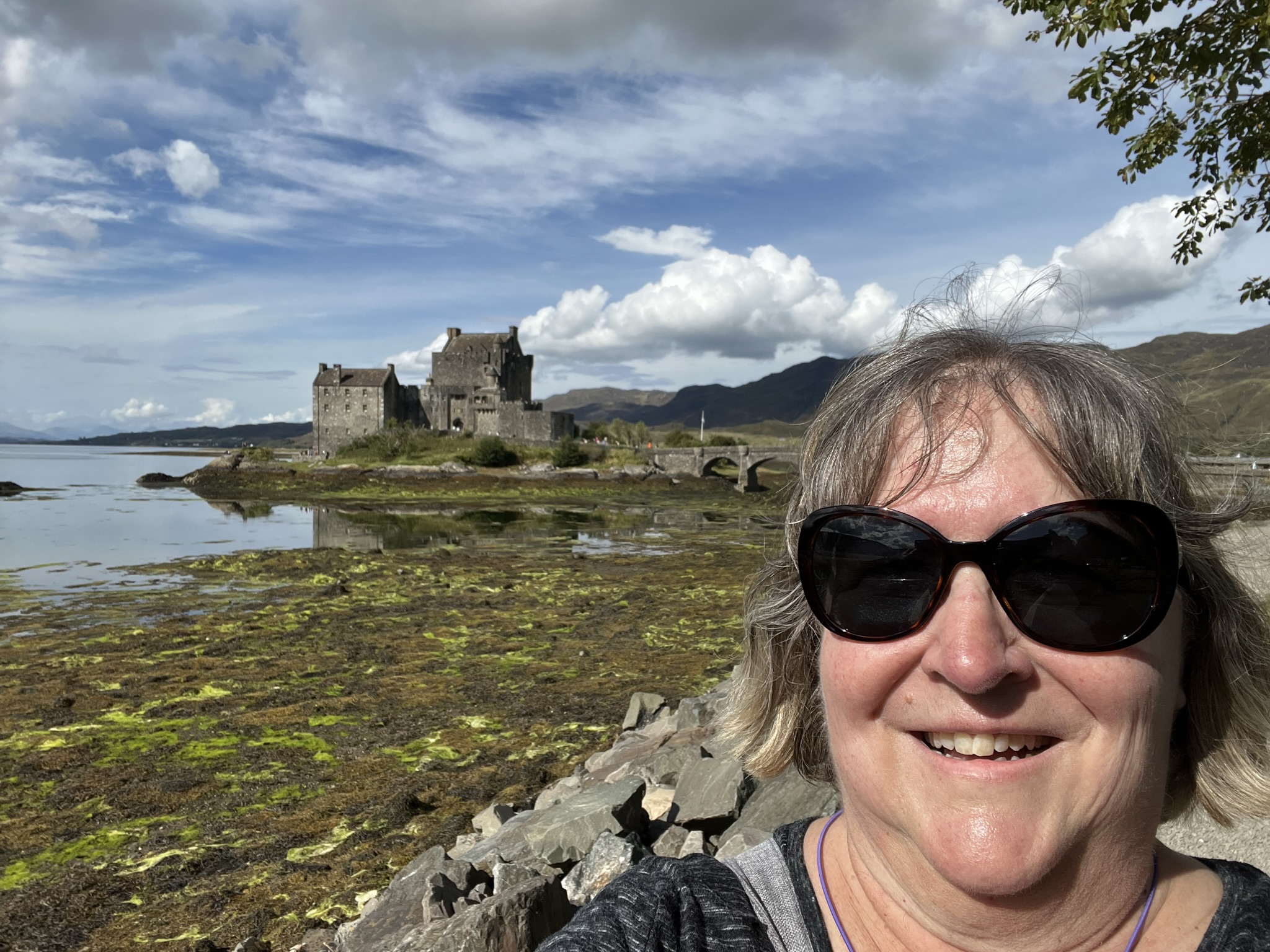 I love flawed characters. There are so many character and plots elements that work well because of their flaws that they lend themselves to conflict and angst and emotional connections with the readers. I think that why I’m drawn so strongly to the enemies-to-lovers trope and the beauty-and-the-beast trope. Most of my stories have some bits of both of those because they make for compelling stories.

I always know where/how my story starts and how/when it ends and I often write the ending first – or at least sketch it out. It’s the gaping maw of the middle that is invisible to me. I have a very rough plan for the story – usually about when and how the characters will react and change – but have no idea of the scenes and chapters that will do that.

My characters never tell me their whole story – they hold secrets and parse them out to me as I write more about them. Sometimes, I am completely surprised by scenes or revelations made by the characters – telling the reader stuff they’d never told me. In the story I’m finishing right now, I suddenly realized that one character is actually the villain! You know, it would have been a hec

k of a lot easier if I’d known that at the beginning but I’m hoping the readers will be as surprised as I was when I found out.From all your books, who is your favorite hero and why?

From all my stories I’ve written (54 in 25 years), my favorite heroes (there are two) are: Rurik Erengislsson from my MacLerie Clan series and Soren from my Knights of Brittany series. Rurik is a half-Norse/half-Scots warrior who loves women – all women – and they know it. He’s also loyal and brave and sexy as hell and when he finds love, he must defy family and kings to have her. Soren is a beautiful man who lives by his looks until he loses them (almost killed in battle) and becomes a terrifying beast of a man. He must learn to live again and when he gains a bride he is shocked to find she is blind to his deformities but not to him. Rurik and Soren are both – sigh – such alphas and damaged and I loved writing their stories.