Give us a little bit about your background and when you first started publishing.  I have a weird and varied background; I’ve been everything from a headhunter to a SCUBA instructor to the owner of the smallest Chinese(ish) restaurant on earth (I was pretty much the only employee and the seating was two picnic […]

Dragonblade author G.S. Carr/Gabrielle Brown has created some beautiful notebooks. 50% of sales go to charity. I love her mantra – ‘leaving the world a better place than she found it’. Me, too! Take a peek: Notebooks by G.S. Carr

Take an arranged marriage, add a damaged duke who doesn’t wish to marry, and an independent lady intent on her own pursuits. Stir in an explosive, passionate attraction. Sparks fly! Welcome to book one in this exciting new series by Maggi Andersen! Read for Free in Kindle Unlimited! https://bit.ly/NeverDoubtaDuke Lady Nellie Dountry, and Charles, His […]

Give us a little bit about your background and when you first started publishing. Hello, everyone. I am Maggi Andersen. I have been published for 15 years and have 50 plus novels and novellas and a USA Today bestselling author of Regency romantic suspense, and historical romance. I’ve written since childhood, but when I […]

Two rebellious souls… An innocent deception… One scorching catastrophe… Welcome to book 1 in the MacNaughton Castle Romance by Aubrey Wynne. Read for Free in Kindle Unlimited! https://bit.ly/DeceptionandDesire Fenella Franklin is too tall, too intelligent, and has no title. Her talents lie in numbers and a keen business mind, not in the art of flirtation. When she […]

A rake and an independent female find themselves tangled in the web of a marriage of convenience… Book 2 in the bestselling series Gentlemen of Knights is now available. Read for free with Kindle Unlimited! https://bit.ly/BlackKnight-EJ Lord Heath Knight is the quintessential wastrel second son. He has spent his youth raking and making merry to be as […]

Always the courtesan and never the bride – it’s a life she never chose and cannot escape… Indulge yourself in book 3 of the bestselling Never the Bride series. Read for FREE in Kindle Unlimited! https://bit.ly/AlwaystheCourtesan Lady Honora Lennox hasn’t gone by that name in three years – not since she was abducted and forced to work […]

#1 in The Dukes’ Pact Series—six dukes take dire steps to force their heirs to marry, while those heirs fight just as hard to remain bachelors. A sweet regency romance. Read for Free in Kindle Unlimited! https://bit.ly/TheViscountsSinfulBargain Lord Hampton cursed his luck. Six dukes were in league together to force their sons to marry, and […]

**NEW RELEASE** What Happens in Piccadilly

There’s no such thing as just a kiss… Book 3 in the bestselling series The Hellion Club has arrived for your reading pleasure! Read for FREE with Kindle Unlimited! https://bit.ly/WhatHappensinPiccadilly Chaos! That is what greets Miss Calliope St. James when she enters the household of her prospective employer, Lord Winn Hamilton, the Earl of Montgomery. The newly appointed guardian […]

Take an arranged marriage, add a damaged duke who doesn’t wish to marry, and an independent lady intent on her own pursuits. Stir in an explosive, passionate attraction. Sparks fly! Welcome to book one in this exciting new series by Maggi Andersen! Read for Free in Kindle Unlimited! Pre-order your copy today! https://bit.ly/NeverDoubtaDuke Lady Nellie […]

Welcome to book 1 in the debut series The Secret Crusaders from the talented Melanie Rose Clarke!

Priscilla Livingston has dedicated her life to social causes, fighting to right the cruel injustices the world ignores. Under the guise of a lord, she sends messages to Edmund Hawkins, the powerful Duke of Bradenton. He doesn’t know his informant is a lady, even as he investigates to uncover her identity. When her father demands she find a husband, she cannot choose Edmund, who would demand total surrender.

But when he catches her spying, she may not have a choice.

Edmund is intrigued by the beautiful lady caught snooping through a dangerous lord’s home. Lady Priscilla may act the perfect duke’s daughter, but fiery mystery burns beneath the flawless façade. He sees the passion she cannot hide, the spirited woman who would make the perfect duchess. He will discover her every secret.

Then he will make her his. 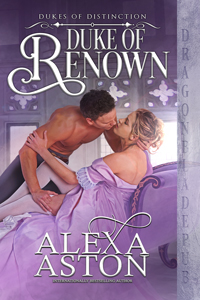 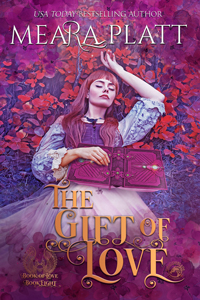