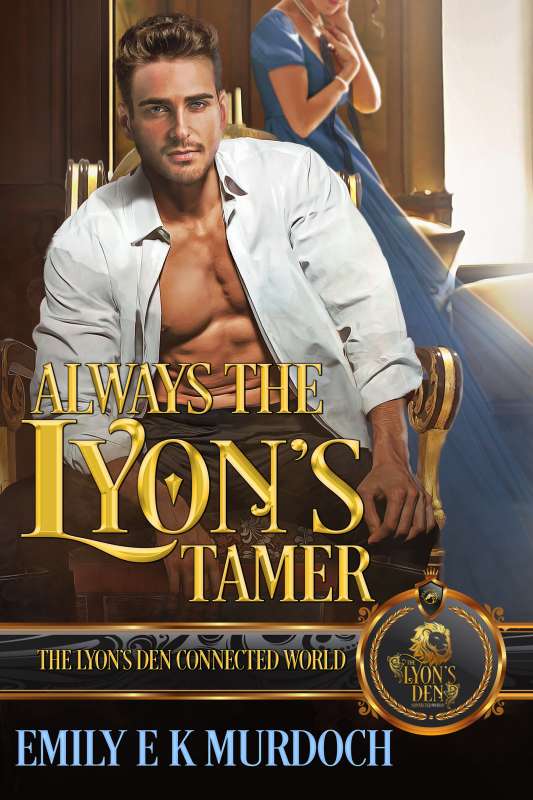 Miss Rebecca Darby is tired of being courted by John Lennox, Marquis of Gloucester. After months of empty promises, it’s time to take matters into her own hands. Because John ‘the Lion’ Lennox is always surrounded by his pride of ladies, and she’s never able to get close. His flirting has led nowhere, and Rebecca won’t stand for it anymore. Not when the Lyon’s Den, the secretive club owned by Mrs. Dove-Lyon, promises to play games leading to happy matrimony.

John has no idea what faces him in the game. Rebecca has no idea whether her shyness will allow her to carry through with her plans, but if she doesn’t try, she’ll always wonder. He doesn’t recognize the mysterious woman in the mask. She knows this is her only chance to tame him.

In a world where women rule the roost and gentlemen must do what they’re told, it will take a Lyon Tamer to bring John to his knees. But once the masks are removed, will Rebecca have her way, or will the Lyon escape into the night?

This novella is a steamy Regency romance with a happily ever after, no cliffhangers, and is part of a series which can be read in any order.