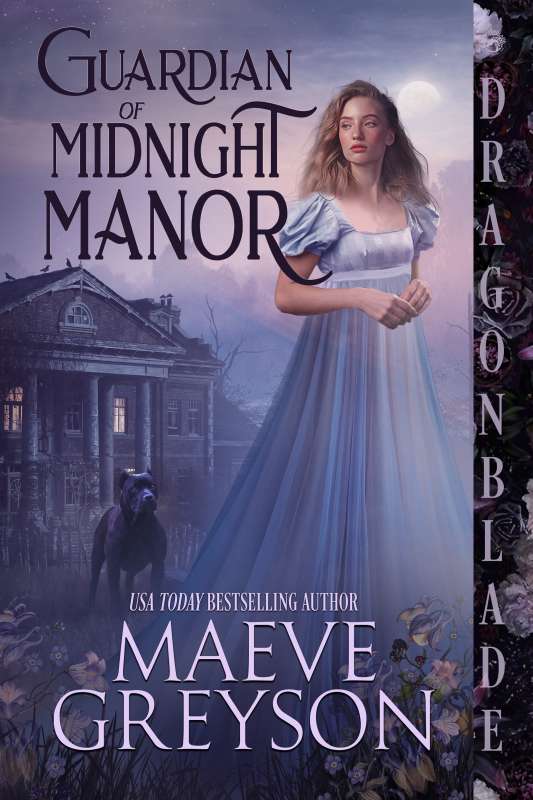 Nothing is more powerful than love…not even death.

Nothing is more powerful than love…not even death.

Arthur Preston, the next Earl of Blackborn, has always known his grandfather was eccentric, but this latest revelation from the man who raised him borders on the insane. If not for the solicitor verifying the terms of his parents’ will, he’d think it another of dear old granddad’s pranks.

Jennet Ross, her decrepit grandfather, and meddling auntie are seeking a fresh start as tenant farmers in England. They lost their tenancy in Scotland, evicted by the rude landowner when Jennet spurned the man’s unwanted advances by breaking his nose with a spade. They’re thankful Lord Blackborn agreed to lease to them, even if the place is rumored to be haunted. Besides, the only dog Jennet has seen since they moved in is the sweet stray she feeds each day.

According to legend, the Guardian of Midnight Manor finds true love for the heirs of the Blackborn line. Arthur thinks it a myth. Granddad knows better. Never underestimate the power of love—even when it comes from beyond the grave.

(Note: This story was first published as part of the USA Today Bestselling Boxed set Upon a Midnight Dreary, October 2021)