Into the Lyon of Fire: The Lyon’s Den Connected World 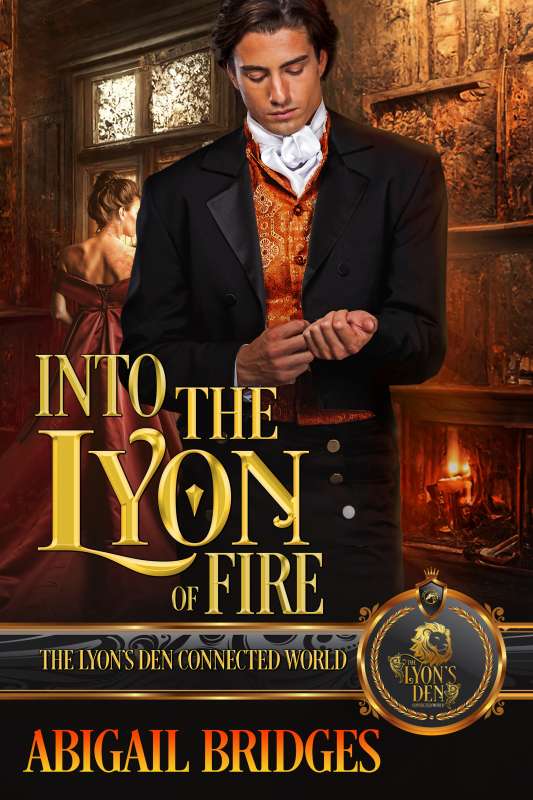 Being indebted to the Black Widow of Whitehall could be a catastrophe in the making—or a path to salvation.

Being indebted to the Black Widow of Whitehall could be a catastrophe in the making—or a path to salvation.

Sarah Montague Ainsworth has tucked away the darkest of her secrets. A widow who never wants to marry again, Sarah is relieved her abusive husband died but is struggling to keep her household solvent. She bought her current home with a loan from Mrs. Dove-Lyon, owner of the infamous Lyon’s Den, and makes her payments by gambling on the ladies’ side of the notorious hell. Sarah also never plans show her face again in Society—for good reason. One of her husband’s last acts was to shove her into a fireplace. Sarah survived but is scarred over the right side of her body—including her face. The Lyon’s Den—and a black veil—are the perfect places to hide.

Matthew Rydell, the newly invested Duke of Embleton, is in a hurry. A colonel under Wellington, Matthew has been at war—and prefers his life in that arena. But his father’s unexpected death changed all that. Back in England to settle the estate and accept his rank, he acquiesces to his mother’s insistence that he marry before returning Wellington’s side. With no patience for Society balls and soirees, he turns to the Lyon’s Den for help.

Desperate, Sarah agrees to marry the duke—only to discover she is not the only one hiding dark secrets.