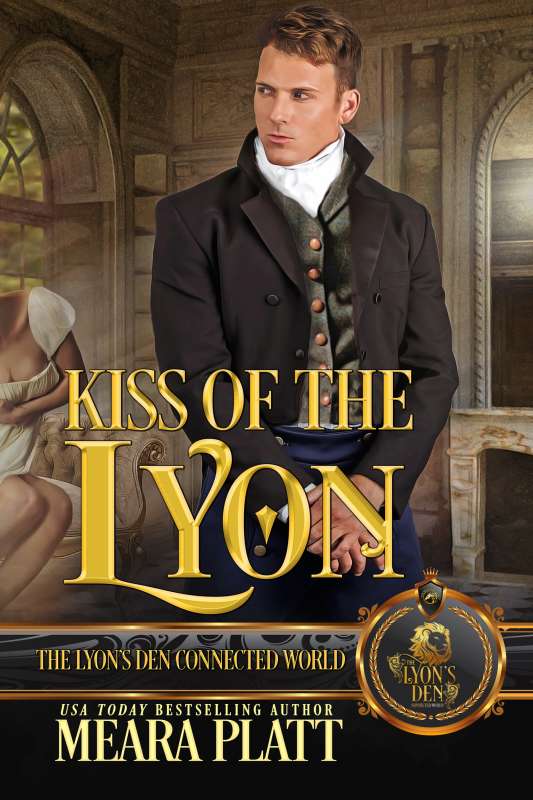 He was only supposed to win the high stakes game of chance, not a bride along with it.

Lord Matthew Lyon is often called upon by the Crown because of his mathematical brilliance, and participating in a high stakes game of chance at the notorious Lyon’s Den should have been the easy part of his assignment…only it goes terribly wrong. He wins the pot, as expected since his probability calculations never fail. But no one calculated on his winning the hand of Lady Danielle Haverfield, daughter of the Earl of Haverfield, the prime suspect in a treason plot against the Crown and the very man he is assigned to bring down.

She was only trying to stop her brother from gambling his life away.

Lady Danielle Haverfield knew she did not belong in the Lyon’s Den, but she had to stop her brother before he gambled away his entire inheritance. Not only did she fail to stop him, but she’s ruined her life as well. Lady Dove-Lyon will not allow her brother to go unpunished, even though the handsome Scottish lord who’s wiped him out is willing to forgive the debt. But the Black Widow of Whitehall has a fearsome reputation to maintain. Someone is going to have to pay for her brother’s inability to pay up, and she’s decided it is to be Danielle. Well, the handsome Scot could have asked for her only for the one night, but he’s proposed marriage instead.

Can their love survive his secrets and her father’s betrayal?