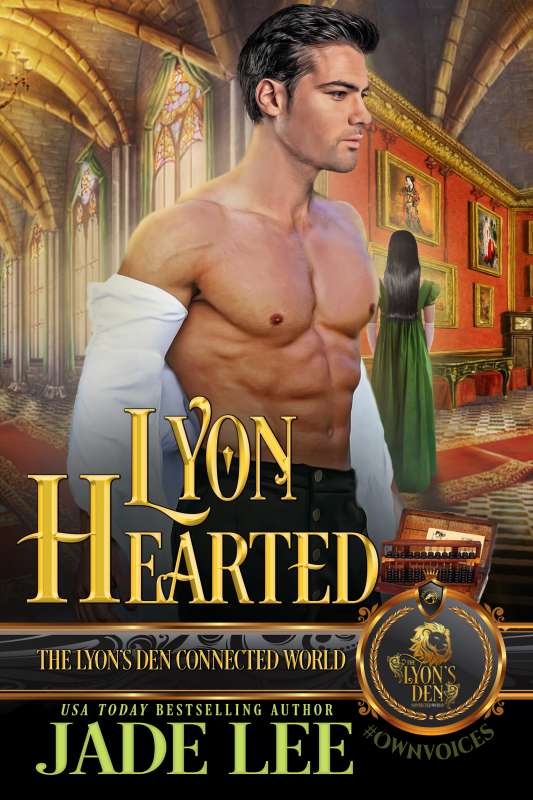 Li-Na lives in a black and white world, painting her feelings onto canvas by day and counting money in the Lyon’s Den at night. She’s found safety in the dark ink and the heavy clack of her abacas, but it is really a life?

Lord Daniel can’t draw worth a damn, but he can sell what he finds. And what he finds is Li-Na, a woman of such sublime talent that he will go to extraordinary measures to capture her art. When she refuses to leave her safe cocoon, he conspires with Mrs. Dove-Lyons to bring her to Cornwall where she will have everything she needs to paint. And if her art requires a more personal connection, then he willingly offers up himself as inspiration.

Li-Na will not give up her soul to this powerful man, no matter how many castles he owns. She paints him as a tiger hunting in the jungle. She feels him watching her, protecting her, and tempting her until her canvas is filled with his eyes, his mouth, and his caress. But she cannot surrender the only part of her still alive. Unless being consumed by him is the only way to bring color back to her heart.

A USA Today Bestseller, JADE LEE has been scripting love stories since she first picked up a set of paper dolls. Ball gowns and rakish lords caught her attention early (thank you Georgette Heyer), and her fascination with historical romance began. Author of more than 30 regency romances, Jade has a gift for creating a lively world, witty dialogue, and hot, sexy humor. Jade also writes contemporary and paranormal romance as Kathy Lyons. Together, they’ve won several industry awards, including the Prism—Best of the Best, Romantic Times Reviewer’s Choice, and Fresh Fiction’s Steamiest Read. Even though Kathy (and Jade) have written over 60 romance novels, she’s just getting started.