Lyon in the Rough 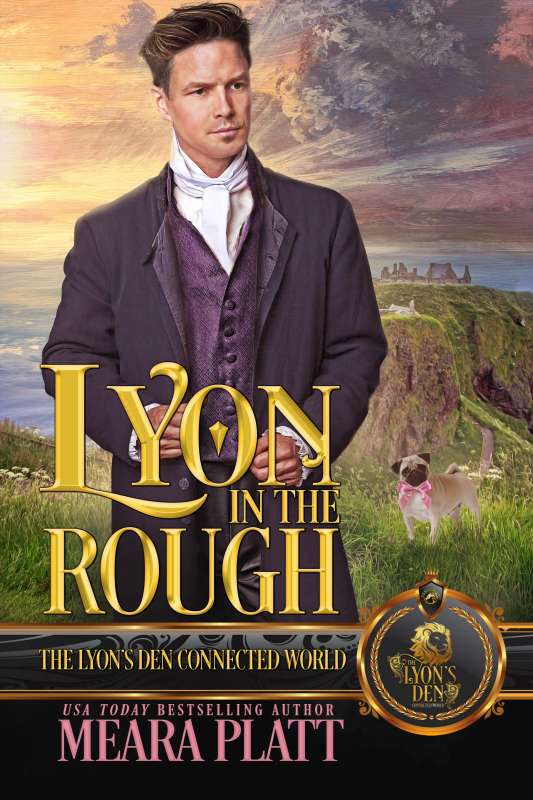 Proud Scottish brothers, Cheyne, Matthew, and Lucas are known as the Lyons of Mar. Cheyne and Matthew have fallen in love and married their brides, will Lucas be next?

Lucas Lyon thought he could escape the matchmaking schemes of his distant relation, Bessie Dove-Lyon, by waiting for the morning of his departure from London to visit her. But she is ready for him, and he leaves her Lyon’s Den to return to Edinburgh not only with the beautiful Beatrix MacGlory in tow, but her overly perfumed aunt and her aunt’s little yipping dog.

Will he survive the ten day journey in a cramped carriage with those three? More important, will he keep his hands off Beatrix? He is falling in love with her, but she is returning to Edinburgh for an arranged betrothal to another man.

Since when has that stopped Lucas from claiming what he wants?

Meet Lucas’ brothers:
Cheyne in The Lyon’s Surprise
Matthew in Kiss of the Lyon