Redirecting the Baron’s Greed (The Lords of Vice Book 4) 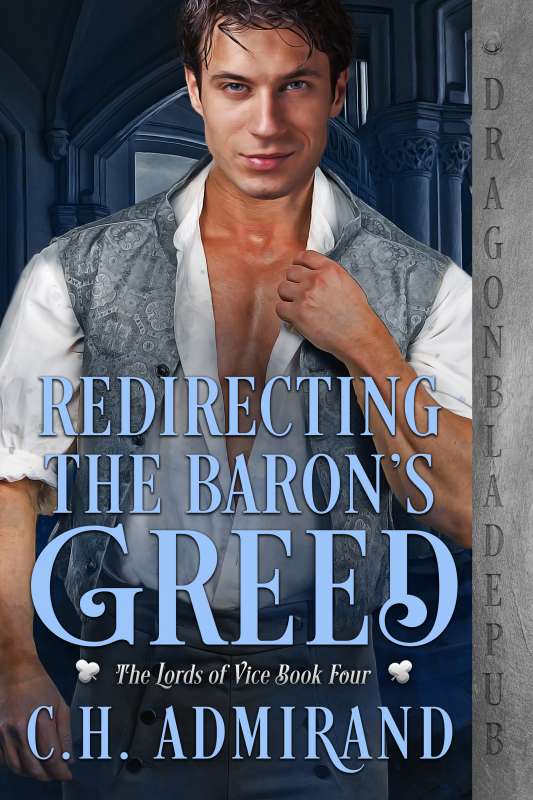 An exuberant greeting and a mistaken identity set sparks flying between Lady Phoebe Lippincott and Baron Marcus Summerfield. The baron braces himself to catch the beautiful hoyden rushing down the staircase—either that or land tangled together on the floor! Not the impression he hoped to make when meeting the Duke of Wyndmere for the first time.

Summerfield is encouraged by his cousin’s success seeking monetary assistance from the duke. He plans to nudge the duke to fill his pockets so he can enjoy the life he feels entitled to lead. The duke surprises him by offering his London town house for the baron to use in his search for a bride among this Season’s new crop of debutantes.

The baron accepts and leaves before he can be further entranced by the duke’s engaging, curvaceous, dark-haired, blue-eyed sister. Lady Phoebe Lippincott is a delightful armful who captivates the baron, but he cannot afford to be distracted from his goal.

Phoebe has been slowly emerging from the shell she has been hiding in since a madman held her at knifepoint at her brother’s first ball. After meeting Baron Summerfield, Phoebe’s interest ignites. She’s tempted to travel to London and bury herself in the round of entertainment the Season promises. There is only one problem—the baron will be staying at her brother’s town house! Her sister-in-law offers a solution. Her mother, Lady Farnsworth, happily agrees to chaperone Phoebe who will be staying with Lady Farnsworth in London.

The baron is the victim of a plot that begins with smuggled French brandy and ends with a massive headache, two Pinks of the ton, and a bevy of demireps staying at the duke’s townhouse. As he tries to extricate himself from his uninvited guests, the pair see another way to entrap the baron that involves the duke and his sister, Lady Phoebe.

Phoebe and Marcus cannot take their eyes off one another every time they meet. The pair who seek to discredit the baron and plan to kidnap Phoebe are thwarted in their attempts by the duke’s guard. When it is the baron who is kidnapped, Phoebe’s the one to receive the ransom note and rushes to the rescue armed with a brass paperweight and a handful of ribbon-wrapped hat pins!

When the Pinks who seek revenge against the baron, and the duke, try another kidnapping attempt, and have Phoebe’s carriage surrounded, the baron has to listen to his heart.

Will Marcus be able to give up his overwhelming need for monetary gain and prestige among his peers in exchange for Phoebe’s hand in marriage? Will Phoebe completely emerge from her shell to trust her heart to Marcus?

C.H. was born in Aiken, South Carolina, but her parents moved back to northern New Jersey where she grew up.

She believes in fate, destiny, and love at first sight. C.H. fell in love at first sight when she was seventeen. She was married for 41 wonderful years until her husband lost his battle with cancer. Soul mates, their hearts will be joined forever. They have three grown children—one son-in-law, two grandsons, two rescue dogs, and two rescue grand-cats.

Her characters rarely follow the synopsis she outlines for them…but C.H. has learned to listen to her characters! Her heroes always have a few of her husband’s best qualities: his honesty, his integrity, his compassion for those in need, and his killer broad shoulders. C.H. writes about the things she loves most: Family, her Irish and English Ancestry, Baking and Gardening.

Take a trip back in time to Regency England for her new series: The Lords of Vice, coming in 2021 from Dragonblade Publishing! Venture back to the Old West with her bestselling Irish Western Series. Fast-forward to the present, stopping at the Circle G Ranch in Pleasure, Texas, before finally landing in Apple Grove, Ohio–Small Town USA–for a slice of Peggy McCormack’s Buttermilk Pie!

Other Books in "The Lords of Vice" 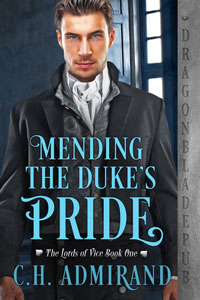 Mending the Duke's Pride (The Lords of Vice Book 1) 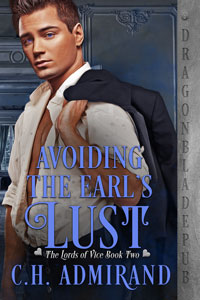 Avoiding the Earl's Lust (The Lords of Vice Book 2) 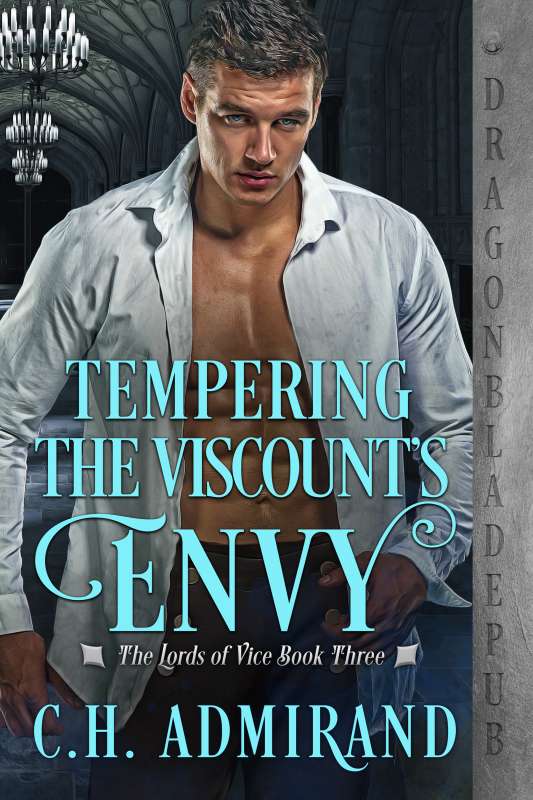 Tempering the Viscount’s Envy (The Lords of Vice Book 3)
Preview
Disclosure of Material Connection: Some of the links in the page above are "affiliate links." This means if you click on the link and purchase the item, I will receive an affiliate commission. I am disclosing this in accordance with the Federal Trade Commission's 16 CFR, Part 255: "Guides Concerning the Use of Endorsements and Testimonials in Advertising."