The Courage of a Lyon 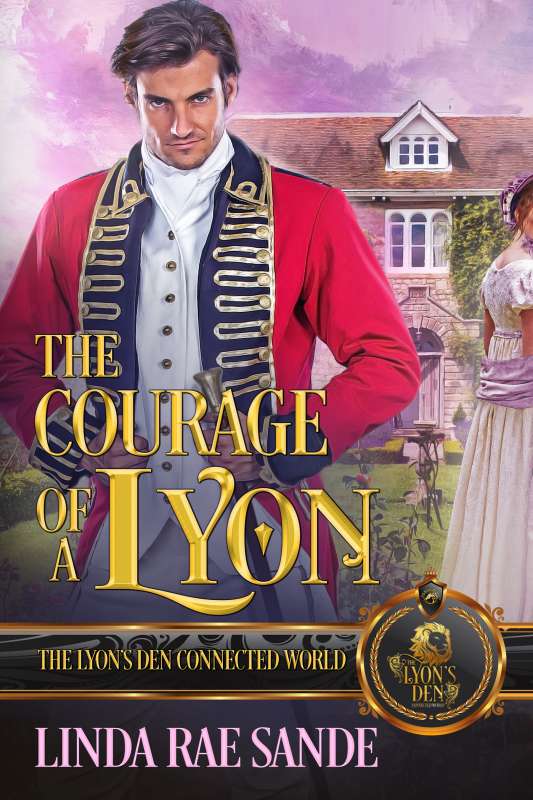 Their earldom is at stake. Can they save their futures and find love along the way?

Their earldom is at stake. Can they save their futures and find love along the way?

Recovering from his wartime injuries and returning home to an earldom on the brink of bankruptcy, Captain Charles Audley is faced with the momentous task of settling his mischievous brother’s debts. But try as he might, he can’t take his mind off the angel of a nurse who cared for him on the battlefield. And after he crosses paths with an enigmatic matchmaker with a strange proposition, it quickly becomes clear that he might not have seen the last of his wartime beauty.

Meanwhile, James heads to Cambridgeshire, dead-set on winning the hand – and the hefty dowry – of a marquess’ daughter. But when he discovers her already taken, he finds his eye drawn to her rebellious and fiercely independent younger sister. James can’t bear the thought of returning home empty-handed… and although Lady Eloise is convinced he’s only interested in courting her sister, an attraction begins to bubble to the surface that leaves her questioning James’ true intentions.

With their earldom at stake and two young women desperate for men who can understand their deepest desires, can Charles and James find real love? And will the cunning talents of matchmaker Mrs. Dove-Lyon come to the rescue?

Brimming with turbulent passion and steeped in the gorgeous and regal setting of 19th-century British aristocracy, The Courage of a Lyon is a delightful and whimsical historical romance novel by bestselling author Linda Rae Sande. Scroll up and grab your copy today…