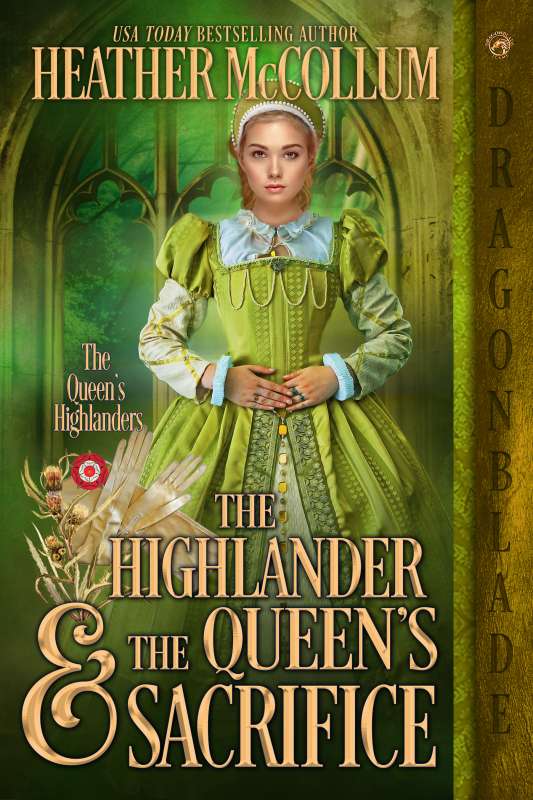 Could the Highlander be more dangerous than a poisoned gown? Welcome to book 1 in the sensational new series, The Queen’s Highlanders by USA Today bestselling author Heather McCollum.

Could the Highlander be more dangerous than a poisoned gown?

Kerr Gordon, next in line to be chief of the Gordon Clan, is tasked by Mary, Queen of Scots to bring to bring a gift to her cousin—and jailer—Queen Elizabeth of England. When he arrives at Whitehall Palace to find a courtly woman tied up in the stables, he acts to save her, only to be rebuked for dispatching an assassin before she could hear his confession.

Queen Elizabeth calls Maggie Darby her sacrificial lamb: Maggie’s job is to try on all of the queen’s gowns and accessories before she wears them—just in case they’re poisoned. Trained by her father, Maggie has no intention of dying in the line of duty. She’s learned all about poisons and how to test for them.

When the handsome Highland warrior who saved her in the stables is accused of treason, Maggie’s instincts tell her that he’s been framed. As they work together to find the true traitors in Queen Elizabeth’s court, the smoldering fire that’s been growing between them erupts into an inferno that threatens to change their worlds forever.

Heather McCollum is an award-winning, Scottish historical romance writer. With over twenty books published, she is an Amazon Best Selling author in Highlander Romance. Her favorite heroes are brawny and broody with golden hearts, and the feistier the heroine the better!

When she is not dreaming up adventures and conflict for rugged Highlanders and clever heroines, she spends her time educating women about the symptoms of Ovarian Cancer. She is a survivor and lists the subtle symptoms in the backs of all her books. She loves dragonflies, chai lattes, and baking things she sees on the Great British Baking Show. Heather resides with her very own Highland hero and three spirited children in the wilds of suburbia on the mid-Atlantic coast.

Other Books in "The Queen's Highlanders" 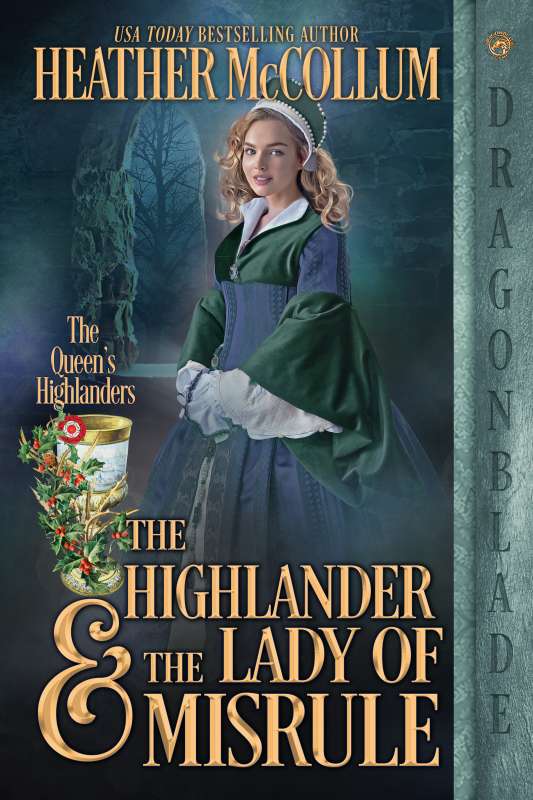 The Highlander and The Lady of Misrule (The Queen’s Highlanders Book 2)
Preview
Disclosure of Material Connection: Some of the links in the page above are "affiliate links." This means if you click on the link and purchase the item, I will receive an affiliate commission. I am disclosing this in accordance with the Federal Trade Commission's 16 CFR, Part 255: "Guides Concerning the Use of Endorsements and Testimonials in Advertising."