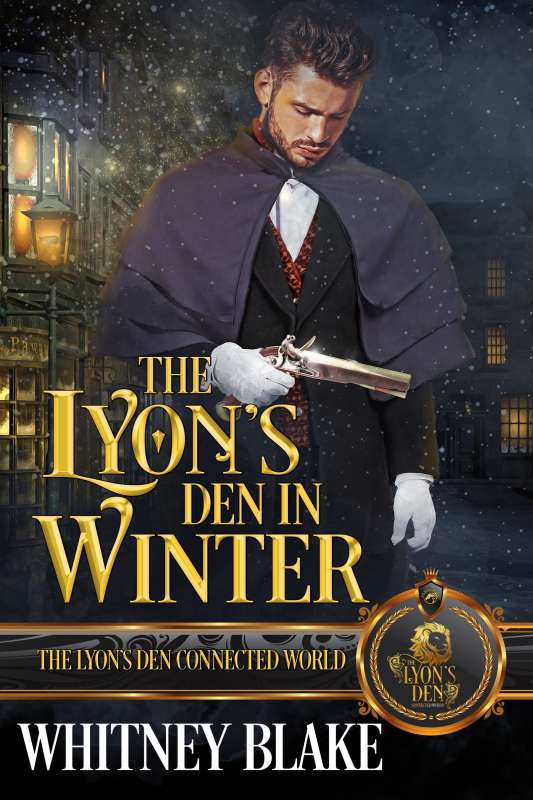 Viola Black is not conventional — she dresses as a man to sell her sought-after plays to London companies. She’s lucky. Her father, wily solicitor Malcolm Black, turns a benevolent blind eye to her habits. That is, until one frigid night, when she’s cornered by ruffians. While Viola tries to dismiss the incident as a hazard of London life, Papa is more alarmed. She senses there is far more he’s not telling her.

But she’s keeping something to herself, too. Though she was shaken by her attack, she also had the good fortune of running into Dr. Duncan Neilson — whom she can’t banish from her head. When Papa insists the Black Widow of Whitehall find her a husband, Viola balks. None of the eligible bachelors will be the magnetic Dr. Neilson, for a start.

Then he walks into the Black Widow’s parlor, charming and enigmatic as ever.

But before the two can benefit from fate or providence, Viola is abducted and becomes entangled in an old feud she knew nothing about. Papa has been concealing his past from her, and it involves the same underworld as the Black Widow’s.
As Viola keeps a level head and contemplates escape, her unexpected fiancée is working with her father to bring her home. Does love wait for her on the other side of intrigue and deception?

She dearly wants to find out, and she’s certain that even her plays are less dramatic than all this…