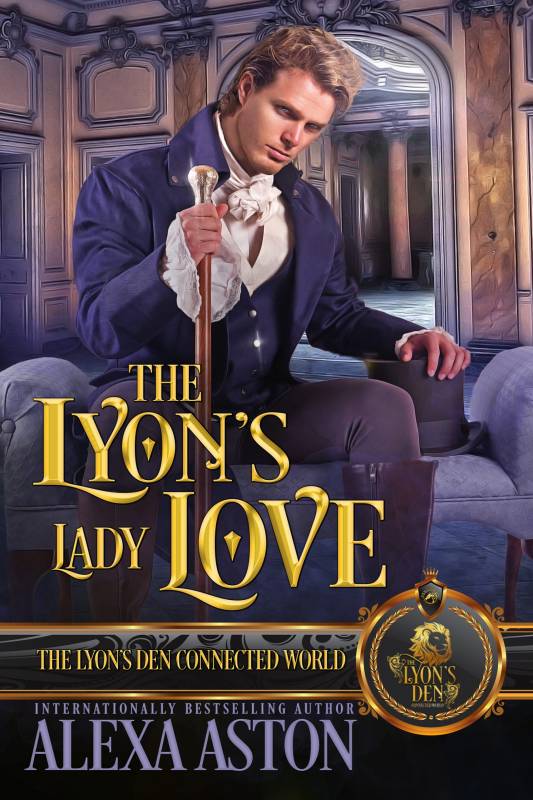 On the night of her come-out, Lady Emma Spencer learns her father has bilked numerous peers. Not only is she humiliated, but her father flees England, leaving Emma penniless and homeless. She finds work as a companion and years later, she winds up with a fortune. All she lacks now is the children she so desperately desires. That means finding a husband—and she turns to The Black Widow of Whitehall, Mrs. Bessie Dove-Lyon, who pairs women touched by scandal with men in desperate need of money.

Upon his father’s death, Marcus becomes the Earl of Rutherford and finds he’s bankrupt, thanks to his father losing the family fortune to poor investments and gambling. Though Marcus had wanted to wed for love, he turns to an infamous matchmaker, who arranges a marriage for him. Lady Emma Spencer is everything he dreamed of in a woman, and Marcus gallantly refuses to discuss her past, telling Emma he is her future.

But secrets have a way of coming out and Marcus learns he’s married to the one woman he never would have chosen.

Can Marcus put aside the ghosts of the past and accept a future with his wife?

Find the answer in bestselling author Alexa Aston’s The Lyon’s Lady Love, a part of the new Dragonblade Publishing’s The Lyon’s Den series.