The Meddler (A Series of Worthy Young Ladies Book 1) 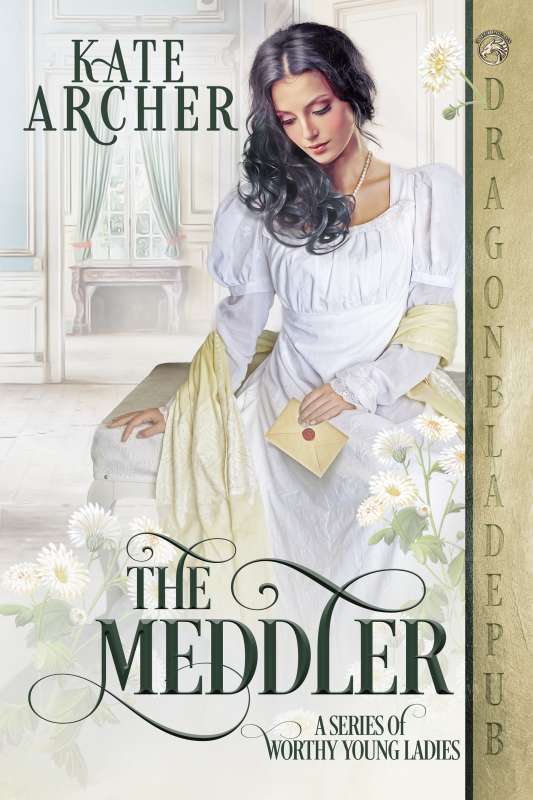 Welcome to book 1 in one of the most anticipated series A Series of Worthy Young Ladies from bestselling author Kate Archer.

Miss Georgiana Wilcox, eldest daughter of the sixteenth Baron of Manley, has done just what she liked in her little corner of England. She is not unaware that her family’s fortunes have been dwindling for the past three generations, nor that her upbringing has not been up to snuff. Her father has regrets from time to time, as his daughter has never had a tutor, musical or otherwise, and he never did get around to purchasing a proper sidesaddle. For all that, Georgiana is rather cheerful regarding her circumstances and imagines she’ll marry some dashing soldier who might pass through the neighborhood. That is, until the Countess of Mendleton devises a plan to launch her in London.

Jasper Stapleton, Viscount Langley and heir to the Earl of Mendleton, is rendered speechless over his mother’s latest plan. Some unknown and penniless lady from an equally unknown family is to be taken under Lady Mendleton’s wing. As his mother is a great adopter of the needy—human and canine both—he presumes the young lady is one more lost soul to be rescued. He determines he’ll have nothing to do with the project, as he’s far too busy working for the queen. Though, he does find Miss Wilcox very pleasant to look at. More than pleasant, actually.

Jasper is directed by Queen Charlotte to achieve what appears to be a simple task—discover the villain who dares talk to the newspapers about the king’s maladies. As he digs deeper, though, it becomes apparent that gossip is the least of their problems. The Stuart has left Russia and Jasper believes he may be in England, poised to take advantage of the incapacity of the king and make a run at the throne. Worse, he discovers evidence that Miss Wilcox is a part of it.

Can Jasper unravel the plot in time to keep Miss Wilcox out of the Tower? Or perhaps he will realize that it’s him that needs saving…

Other Books in "A Series of Worthy Young Ladies" 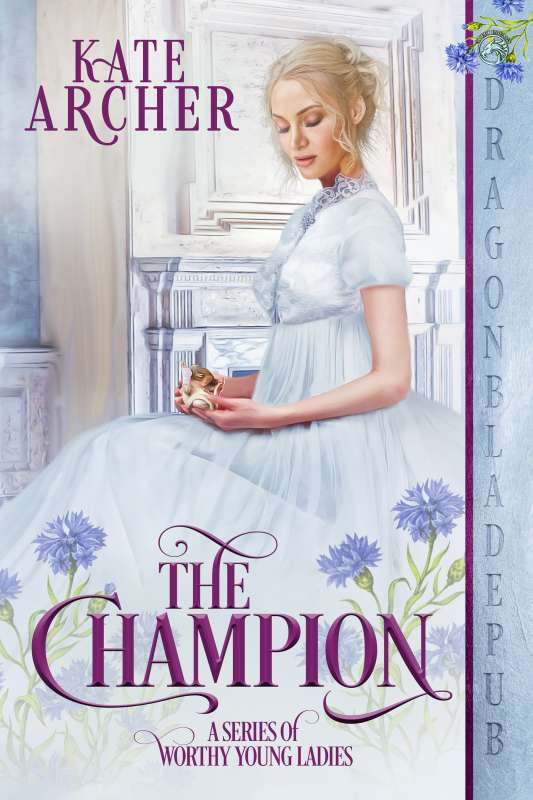 The Champion (A Series of Worthy Young Ladies Book 4) 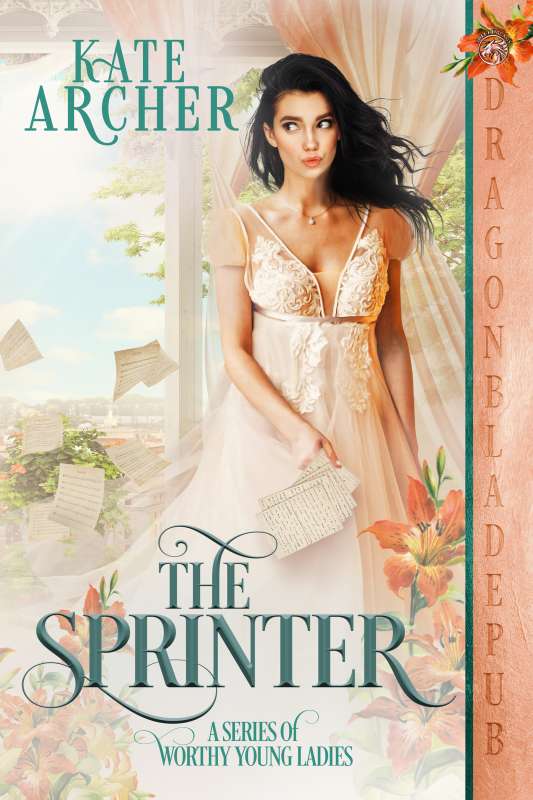 The Sprinter (A Series of Worthy Young Ladies Book 2) 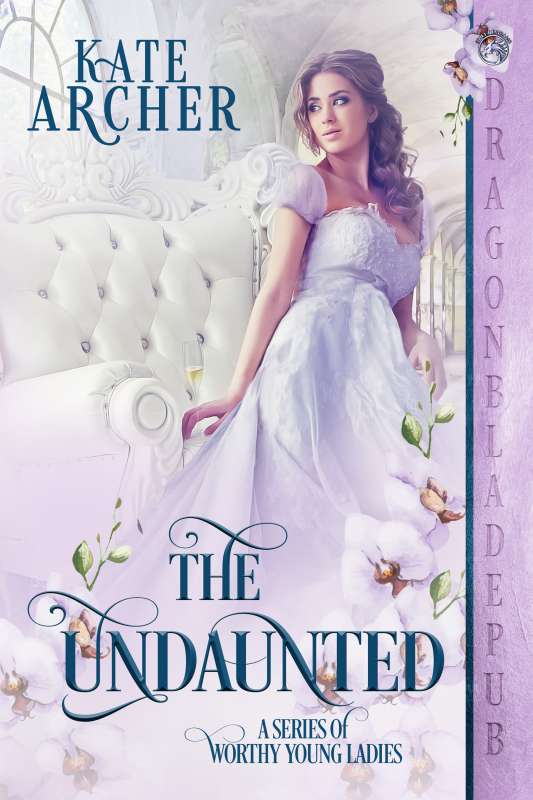 The Undaunted (A Series of Worthy Young Ladies Book 3) 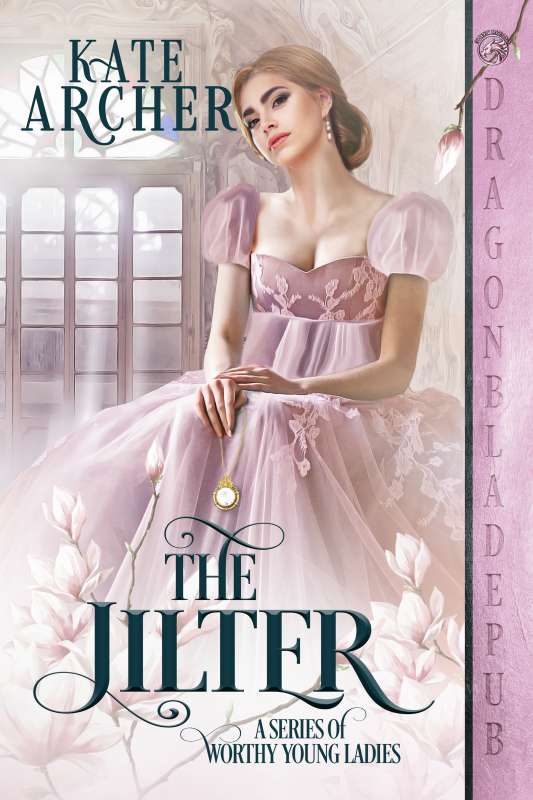 The Jilter (A Series of Worthy Young Ladies Book 5) 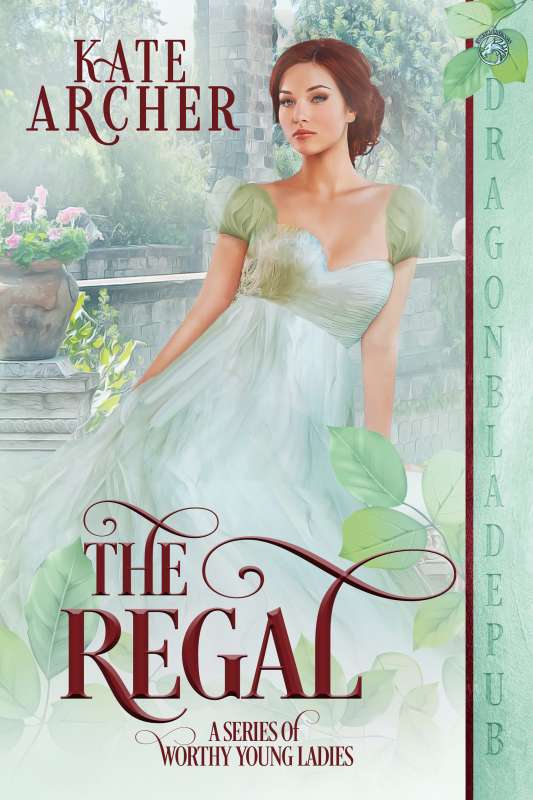 The Regal (A Series of Worthy Young Ladies Book 6)
Preview
Disclosure of Material Connection: Some of the links in the page above are "affiliate links." This means if you click on the link and purchase the item, I will receive an affiliate commission. I am disclosing this in accordance with the Federal Trade Commission's 16 CFR, Part 255: "Guides Concerning the Use of Endorsements and Testimonials in Advertising."