The Scandalous Lyon: The Lyon’s Den 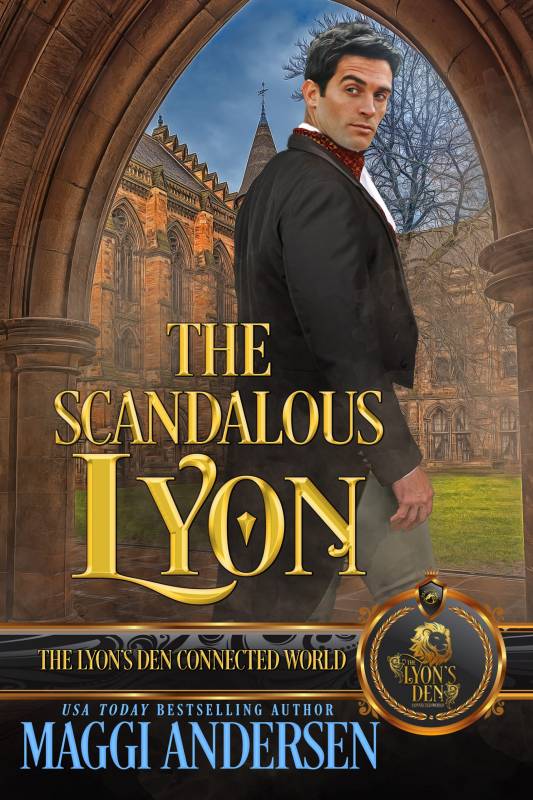 A match made in heaven. If he was sure of anything, it was this!

A match made in heaven. If he was sure of anything, it was this!

Love can be found in the strangest of places…

Lord Jason Glazebrook has no plans to settle down. He will not inherit for several years, and worse, he is at odds with his brother, Charles, Duke of Shewsbury, who believes him capable of a dangerous, dishonorable act.

To escape the tension at home, Jason spends many hours at his club, the Lyon’s Den in Whitehall. When the unscrupulous matchmaker, Mrs. Bessie Dove-Lyon introduces him to a debutante, Miss Beverly Crabtree, Jason considers the beautiful young lady perfect for a dalliance, and invites her to ride with him in Hyde Park.

When he discovers Beverly is a gently reared girl, he is determined not to see her again. But he cannot forget her and allows Dove-Lyon to draw him back into her net.

Despite his brother’s warning, Jason refuses to relinquish the lovely Miss Crabtree’s company. He senses she is in trouble and wants to help. And much more. He has never met a woman he wanted for his own…until he met Beverly.
But so much stands in their way.

It is only a matter of time before shame and disgrace befall the Crabtree family. While her worried mother seeks a wealthy suitor for her, Beverly tries to deny her feelings for Jason. The noble Shewsburys will never accept her as his wife.
Jason’s plan may be a possible way out of her troubles. With few options left to her, and the lure of spending days in his company, Beverly is determined to take the chance.

Their journey into the countryside to mend a family rift might bring closure, or it could go horribly wrong.

(Note: This is an introductory novella to the Never Series - Never Doubt a Duke, Book One, coming soon!)