The Winds of Change (Lords of Sussex Book 3) 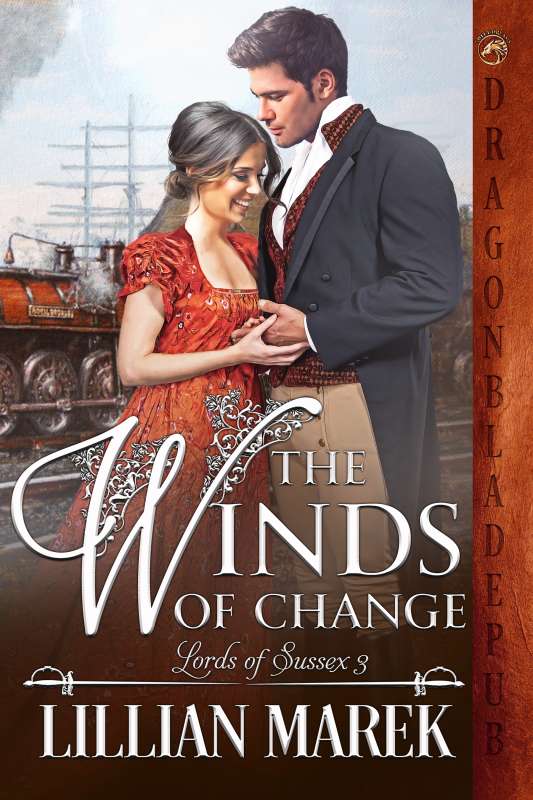 She is rooted in the traditions of the past. He envisions a different future.

LADY CLARA GRAMMONT, daughter of an earl and niece of a duke, has the world at her feet, or so it must seem to those looking on. However, she is bored by the gloss and gossip of polite society. She is tired of gentlemen who see nothing but her status and her dowry and expect her to be charmed by their posturing.

JOHN SMITH is the orphaned son of a poor shopkeeper. He has grown wealthy through his own efforts and is now committed to bringing England into a new age. He can see the enormous benefits that railways can bring, transporting goods cheaply and enabling people to travel quickly. He despises the idle aristocrats who will stand in the way of progress to protect a fox hunt, but he needs approval from Parliament to build the railway. And he needs the support of Lady Clara’s uncle, the powerful Duke of Ashleigh, to get that approval.

Lady Clara is intrigued by the idea of a railway. To the distress of her family, she is even more intrigued by John Smith. He in turn finds himself far too attracted by Lady Clara and is in danger of losing sight of his reason for meeting her. Then the powerful forces opposing the railway put both of them in danger

They must defy everyone to be together.

About the Author
Lillian Marek

When she retired after too many years in journalism, Lillian Marek felt a longing for happy endings and stories where the good guys win and the bad guys get their just deserts. Having exhausted her library’s supply of non-gory mystery stories, she started reading romance novels, especially historical romance. This was so much fun that she thought she’d like to try her hand at writing one. So she took her computer keyboard in hand, slipped back into the 19th century, and began.

She was not mistaken—writing romance novels is as much fun as reading them.

Her list of story ideas now numbers more than 80. She may be spinning tales for quite a while.

Other Books in "Lords of Sussex" 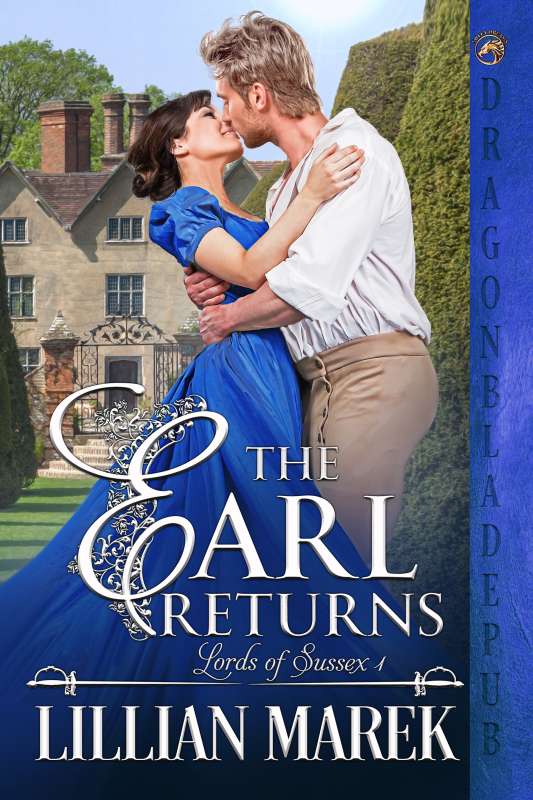 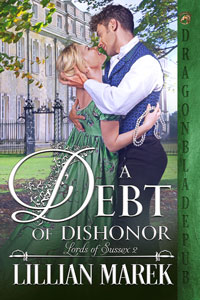 Debt of Dishonor (Lords of Sussex Book 2)
Preview
Disclosure of Material Connection: Some of the links in the page above are "affiliate links." This means if you click on the link and purchase the item, I will receive an affiliate commission. I am disclosing this in accordance with the Federal Trade Commission's 16 CFR, Part 255: "Guides Concerning the Use of Endorsements and Testimonials in Advertising."