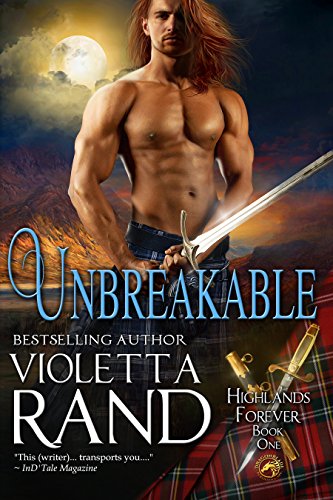 Sworn to forget his past….

Alex MacKay has roamed the world as a mercenary, trying to forget his shattered past. But when he’s summoned by his brother to defend clan lands, the very man who betrayed him and married the woman he loved, he’s surprised to learn that the spirited Keely not only abandoned his brother on their wedding night, but never returned.

Sworn to embrace a new future…

Keely Oliphant fled home on her wedding night and sought refuge among the Sutherlands, the enemies of her clan. Years later, ready to make amends for her past, Keely braves returning to her family.

But nothing is the same, and Keely is forced to face the new MacKay laird—Alex—the man she once loved.

Alex refuses to forgive her, but demands she honor their years-old betrothal. The MacKays need an heir.

But as time passes, old feelings are rekindled.

Will Alex finally admit he wants a second chance at love, or will he once again deny fate when the Sutherlands claim his marriage to Keely is invalid and try to force her back to Dunrobin Castle to marry the earl’s youngest son?

Unyielding __________(Highlands Forever Book 3)
Preview
Disclosure of Material Connection: Some of the links in the page above are "affiliate links." This means if you click on the link and purchase the item, I will receive an affiliate commission. I am disclosing this in accordance with the Federal Trade Commission's 16 CFR, Part 255: "Guides Concerning the Use of Endorsements and Testimonials in Advertising."