Could a match between mortal enemies heal a feud that has burned for generations? Or will tragedy be the only outcome.

“Dearest Diary, there is something magical about the Colonies… the mere mention of them is enough to send all the world into a tizzy. A banished lord has traveled across the Atlantic, and there are whispers everywhere, but I will tell only you my secrets.”

With her delicate arrangements proving to be popular with her changeable mistress, Constance Blackwood must tread carefully to be sure that she is not discovered. The Queen demands nothing more than the finest for her entertainments.

A spy in the bedchamber’s of London’s elite, Constance must provide her royal mistress with gossip and amusement, or risk losing her own place in court and face the ruin of her family and reputation.

Lord Anworth’s sons are as unruly as they are handsome, but James Anworth, the youngest of the three, has proven the most troublesome. After a chance meeting on a rainy London night, James discovers that he has fallen head over heels in love with a young woman who is also a stranger to the city. But Miss Portia Godfrey has arrived in London under a false name, and the secrets she wishes to distance herself from could leave more than a broken heart in its wake.

Simmering anger over an almost-forgotten feud between two noble families will lead a pair of star-crossed lovers across the Atlantic to New York, and will put Constance’s own life in danger as she is unwittingly pulled into their plans.

Will Constance be able to salvage this tragedy in the making?

Her Majesty’s Matchmaker is a steamy Regency Romance series featuring a determined heroine who will stop at nothing to make her own way in the world, all while navigating the sometimes dangerous world of the Royal Court.

Get Lessons in Spectacle HERE today!

Lord of Forever (Lords of the Borders Book 3)

As the second son of a minor baron, English knight Nicholas Breutel will never inherit the family lands. But he vows to rise high and someday control a castle. His ambitions go awry when he captures a young Welsh warrior who turns out to be a beautiful woman.

Cristyn ferch Hywel is certain the terrifying knight looming over her intends to rape or murder her. She’s astonished when he treats her with courtesy and concern. And even more surprised by the sense of connection she feels growing between them.

Nicholas yearns to protect Cristyn, but as a knight in the garrison at Carwent Castle, there is little he can do but involve himself in the negotiations for her ransom. Then the Welsh double-cross the negotiators and Nicholas ends up a hostage himself.

While Nicholas languishes in a Welsh prison, Cristyn becomes a pawn in the plans of Llywelyn ap Ioworth, the most powerful prince in Wales. It will take the king’s degree, a violent battle, a risky escape and a desperate journey before the two lovers will have any hope of fulfilling their dreams and knowing a forever love.

Despondent from years of war, Keenan returns home to find his clan has been reduced not only in numbers from plague, but the family coffers are nearly depleted. Dedicated to restoring his clan pride, Keenan strikes a bargain with his brothers, they will each marry, but not for love, only for the generous dowries their future wives will bring.

Fionna has suffered the consequences of endless wars and plague, leaving her the unlikely laird of Clan Taylor. When her past love summons her to his keep under the threat of killing her clansmen he captured trying to steal horses, she has no choice but to meet him.

There she discovers a man much changed, heartless and bitter. Especially when he demands that Fionna help him get engaged to her best friend!

Unable to deny him, Fionna plays along, waiting for the right moment to strike, save her clansmen, and celebrate teaching Keenan the hardest lesson of his life.

But not everything is what it seems, and Keenan and Fionna discover that distance and time cannot change what their hearts truly want—each other. 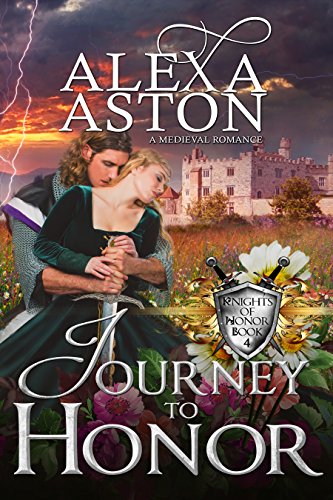 When twin boys are born, a servant with a grudge switches their birth order . . .1366 A.D. – Kenric Fairfax is raised as the second son of the Earl of Shadowfaire. The day of his Knighting Ceremony, a tragedy takes place—and Kenric flees the north of England, putting his past behind him as he sw...