At times, vengeance and hatred can only be conquered with love. Bent on revenge, Keithen Fraser focus on killing those who kidnapped and attacked his mother and family friend. His father, Laird Fraser, proposes an alliance to end the fighting, which means he must marry the daughter of their sworn enemy, Laird Mackenzie. Ava Mackenzie […]

Miss Harriet Hurst, who cannot see a thing without her spectacles and who has an unfortunate aversion to strong perfume, is in search of a husband. Her proposal, however, is a little unorthodox.

Ambrose Crossley, fifth Earl of Pendlewood, an upstanding and respected member of the ton, is in search of a wife. His quest, however, is not quite as straightforward as it seems.

Edward Fortescue, Viscount Eskdale, aka the Fallen Angel of Mayfair, has no desire to marry at all. His request is somewhat unusual.

Being a shrewd business woman, Mrs. Dove-Lyon reckons she can satisfy all their needs in one fell swoop. It will require a little bit of subterfuge, a fair amount of manipulation, and a whole heap of good intentions. But, if the gamble pays off, a happy ending for all is assured. The game starts out well, with everything going exactly as planned. But, just as things seem to be reaching a satisfactory conclusion, a tragic secret emerges from the past. The consequences are heartbreaking. The game, it seems, is up.

True love never surrenders without a fight. And time, it is said, heals all wounds. Maybe there’s still a chance for happiness, after all.

Other Lyon's Den Books
Into the Lyon’s Den by jade Lee
The Scandalous Lyon by Maggi Andersen
Fed to the Lyon by Mary Lancaster
The Lyon’s Lady Love by Alexa Aston
The Lyon’s Laird by Hildie McQueen
The Lyon Sleeps Tonight - by Elizabeth Ellen Carter
A Lyon in Her Bed by Amanda Mariel
Fall of the Lyon by Chasity Bowlin
Lyon's Prey by Anna St. Claire
Loved by the Lyon by Collette Cameron
The Lyon's Den in Winter by Whitney Blake
Kiss of the Lyon by Meara Platt
Always the Lyon Tamer by Emily E K Murdoch
To Tame the Lyon by Sky Purington
The Lyon's Surprise by Meara Platt
How to Steal a Lyon's Fortune by Alanna Lucas
A Lyon's Pride by Emily Royal
Lyon Eyes by Lynne Connolly
Lyon Hearted by Jade Lee

NYC Detective Michael Pendridge doesn’t have to think about all he’s lost since the day he put on the uniform eleven years ago. The ghosts are always there, fresh in his mind. This job has cost him his soul. It has taken everyone he’s allowed himself to care about. It has made him a monster and robbed him of any woman he could have loved because of time, and danger, and his increasingly screwed up head. It has wrenched compassion from his heart and replaced it with the hard shell of apathy. People are liars. They are capable of the worst crimes. He has seen it all. He’s weary of the dirt and dark deeds of others.

But justice is in his blood.

In fact, even after rubbing a blackened brooch and being sent back to eighteenth century England, one of the first things he witnesses is a pickpocket in the crowd. A beautiful pickpocket who will lead him on a journey where he will find himself again—in the eyes of a thief.

Lady Charlotte Whimsey, daughter of the Duke and Duchess of Croydon has been picking pockets since she was twelve. She’s good at it. She’s not about to let the fact that her estranged father is a judge stop her, or that he hires the handsome, dark-haired stranger who shows up at the door to keep law and order in Croydon, and also to keep her under control. After a failed attempt at out-witting the new lawman, she finds herself in his care—and it isn’t so bad. She expects to fight with him. She doesn’t expect to fall in love with his rare smiles and his tender gaze. He’s menacing, rough, and gritty, and he makes her forget everyone else.

But the closer she grows to the detective, the closer he grows to discovering how deeply she’s involved with the elite thieves known as The Horsemen, guilty of murder.

Will this man of honor ever look at her as anything but a criminal when the truth becomes known? Will Charlotte give up everything for him? Can Michael give up the only woman his heart will ever love? And when the dust all clears what will he do when he learns he’s the son of a king? 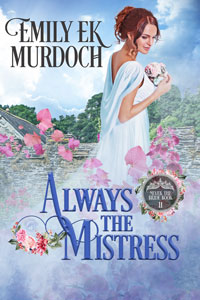 Miss Emma Tilbury is notorious, and that's just the way she likes it. As mistress to the rich and famous, she's never short of cash or invitations - but after reaching thirty, a shock rejection makes her think again. Perhaps it's time to look for another protector.

Abraham Fitzclarence - Fitz to his friends - believes in love and has had his eye for years on Miss Emma Tilbury. Forbidden fruit, delectable and sweet, he’s astonished when she takes a shine to him - and his heart is quickly lost despite all his attempts to remain aloof.

Emma needs a protector but Fitz intrigues her. Perhaps this is a man she could truly care for - as long as she doesn’t lose her heart. She's determined to keep their relationship just business. He's ready to leave all that behind her. There's no end of pleasure at night but in the morning there's nothing but disappointment.

Will Emma open her heart - and could Fitz be the one to do so? Or will her past follow her and prevent a happily ever after? 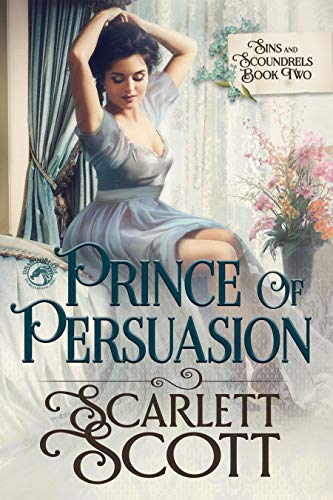