HOT NEW RELEASE from Maeve Greyson! Get book three in the Time to Love a Highlander series today! 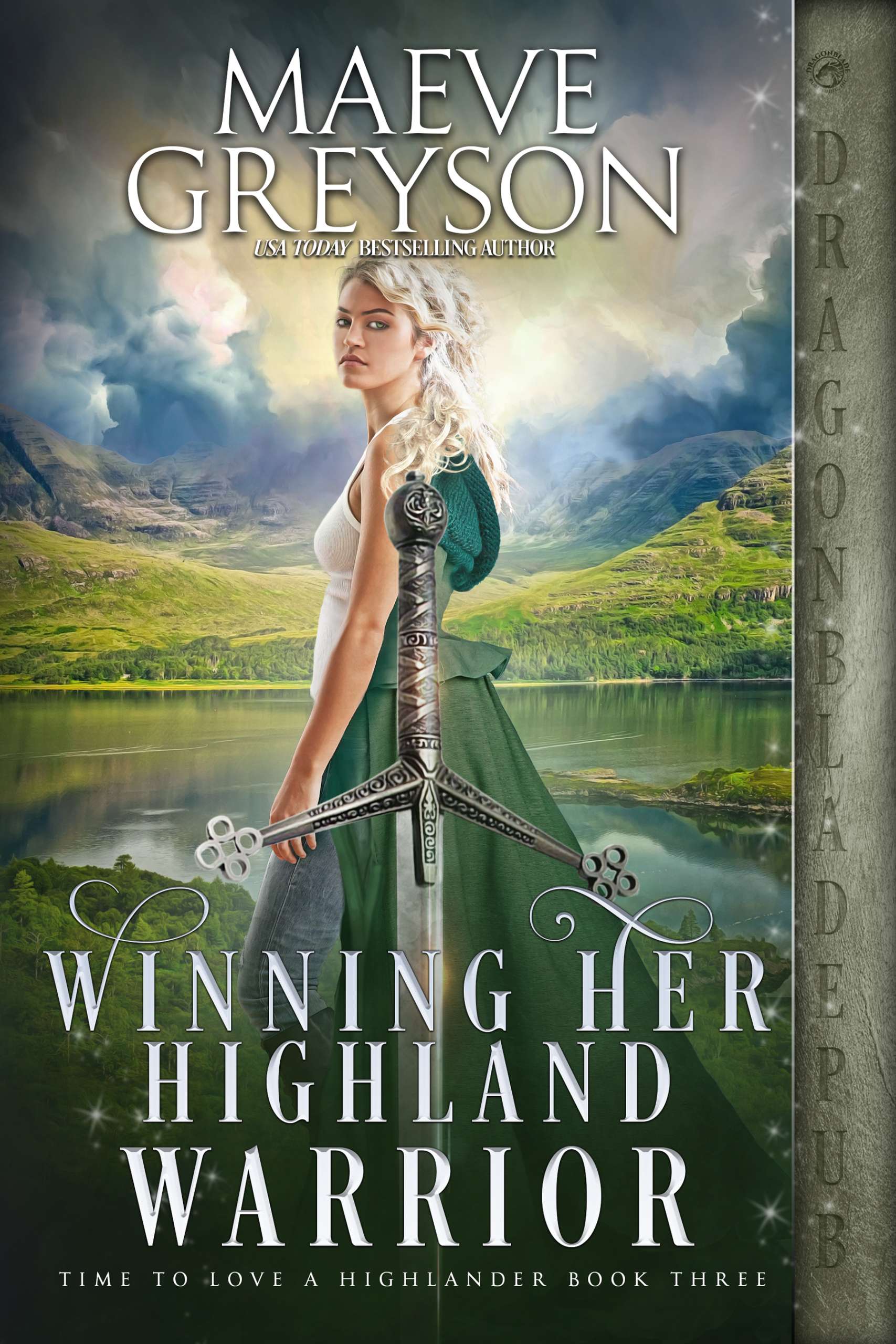 So many things in the past she wants to escape—except one.

Satia St. Clair, a street smart, socially aloof, microbiologist, is literally immersed in her research at a Highland loch when a crumbling ledge tosses her into its murky depths without her diving gear. The last thing she expects is for a 14th century Scottish warlord to pull her to safety.

Not only does he save her, but Kane Macpherson half believes her to be a faerie queen. After all, myth and folklore surround An Lochan Uaine. But even when common sense wins out, something about the beguiling lass demands she be treated like the special woman he instinctively knows she is. And he swears to protect her from anyone or anything. Which could be a problem when she makes the mistake of sharing her otherworldly knowledge of events yet to happen, and it gets back to his liege, Robert the Bruce. Kane soon realizes the greatest danger to Satia is herself. He’s in peril, too. Or at least, his heart is. Fae queen or not, this green-eyed beauty not only possesses the second sight, but the power to capture a man’s heart and soul without even realizing it.

Satia is so drawn to Kane it frightens her. But the last time she let what amounted to nothing more than a stupid infatuation blind her common sense, the lowlife maggot pirated her research, published it under his name, and made her the laughingstock of the scientific community. She refuses to be conned again. And when she discovers a critical link to her cancer study while in the past, she’s determined to get it back to her time. Her best friend’s life and the lives of so many others depend on it. But that means ignoring her heart and leaving Kane behind. Hopefully, just for a little while, but possibly forever.

A string of foster homes taught Satia to never let down her guard or believe in anything silly as love, but Kane makes that so hard to remember. And even worse, when she reverses her trip through time and takes the cure back to the 21st century, home doesn’t feel like home anymore. She doesn’t belong anywhere and mourns the chance at a life she should never have left behind.

Now all she can do is hope to make it back to her Highland Warrior and win him all over again. That is, if the 14th century will let her come back.

Get your copy of Winning Her Highland Warrior HERE today!

HOT NEW RELEASE from Maeve Greyson! Get book four in the Time to Love a Highlander series today!