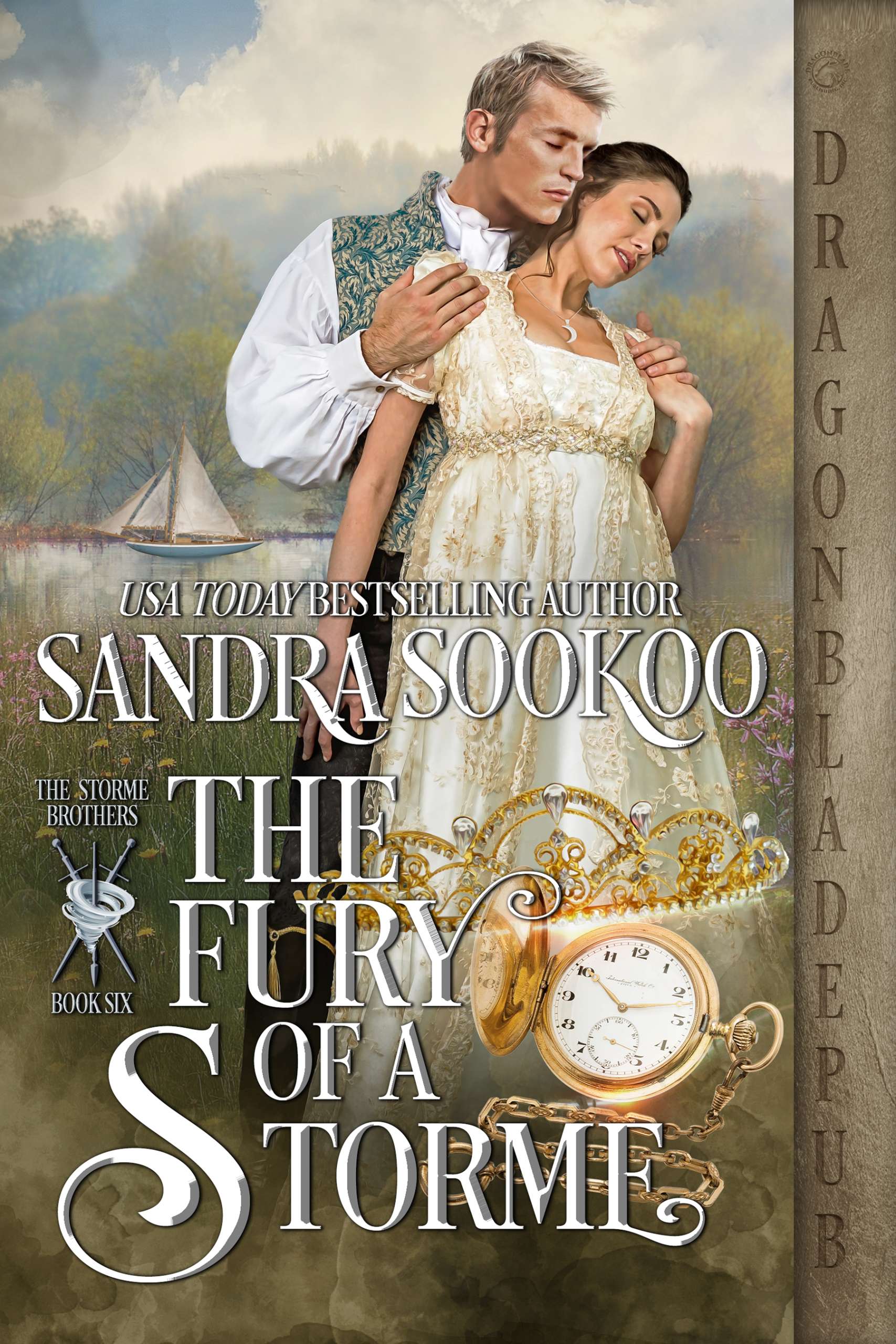 Not all storms cause destruction and chaos. Some make new paths and bring clarity. The difference is found within.

The Honorable Caroline Storme has been furious with life since she was twelve. Sent to an asylum due to a suspected mental deficiency, she has finally returned to London, not with vengeance in mind but freedom. Wanting nothing more than to pursue her passions in peace, she vows to ignore everyone around her, until she meets the one man who understands her… a big, barrel-chested sailor with tattoos and a devastating grin.

Mr. John Butler is in London to reconnect with his drunken, baron father before the man pickles himself. The family holdings are deeply in debt and decay, but he doesn’t care about them. Sailing holds his heart as well as his easy, carefree existence in Ipswich. That is until he runs into a woman in Hyde Park. There’s a quiet strength about her but also a banked fury that stokes his own… a woman with stormy eyes and a mouth that’s begging to be kissed.

When London proves too much for them both, John is quick to offer a solution: a marriage of convenience despite vehement protests from the Storme clan. It will give her freedom as well as settling his future.

But his blackguard of a father threatens the hasty union that is suddenly filled with affection and primal desire, the sacrifices offered might be too high for either of them to pay once love is involved.

Get your copy of The Fury of a Storme HERE today!

HOT NEW RELEASE from Alexa Aston! Get book one in the Second Sons of London series today!