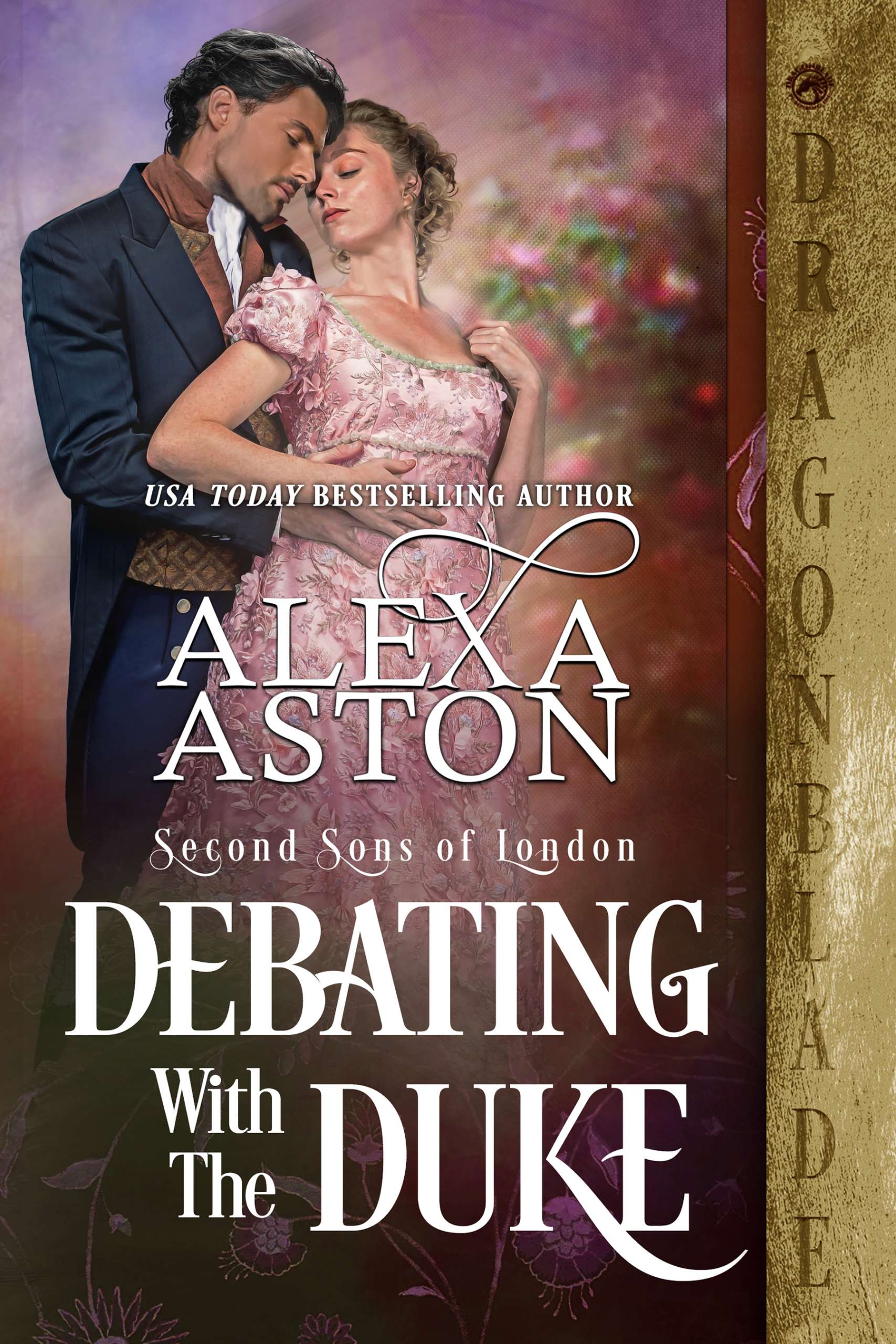 First sons inherit all. Third sons are promised to the church. Second sons do their duty and serve in the military—unless fate intervenes and turns their lives upside down.

Welcome to Second Sons of London, a new Regency Historical Romance series by USA Today Bestselling author Alexa Aston, where seven men who are second sons lay claim to fabulous wealth and lofty titles and fulfill their destinies when they find their soulmates.

A serious duke who has been shattered by war. An opinionated beauty with no interest in marriage. A kiss that should be wrong but is more than right . . .

Major Everett Wayland is stunned when his brother is murdered, making Ev the Duke of Camden. The shy duke meets a matchmaking beauty of the ton who, while unsuited to be his duchess, promises to help Ev find an appropriate woman to become his wife.

Lady Adalyn Goulding is not easily intimidated and is a leader in Polite Society, occasionally matching couples together. Her cousin, Tessa, has made a love match and has a new baby, causing Adalyn to rethink her stance on marriage.

When she agrees to find a stodgy duke a bride who is dignified and unapproachable, Adalyn has no idea what she’s in for—especially after the dull duke kisses her—and she finds he’s not quite what he seems.

Will Ev convince Addie that she is everything he wants—and didn’t know he needed?

Find the answer in bestselling author Alexa Aston’s Debating with the Duke, the second book in Second Sons of London.

Get your copy of Debating with the Duke HERE today!

HOT NEW RELEASE from Belle Ami! Get book one in the Lost in Time today!